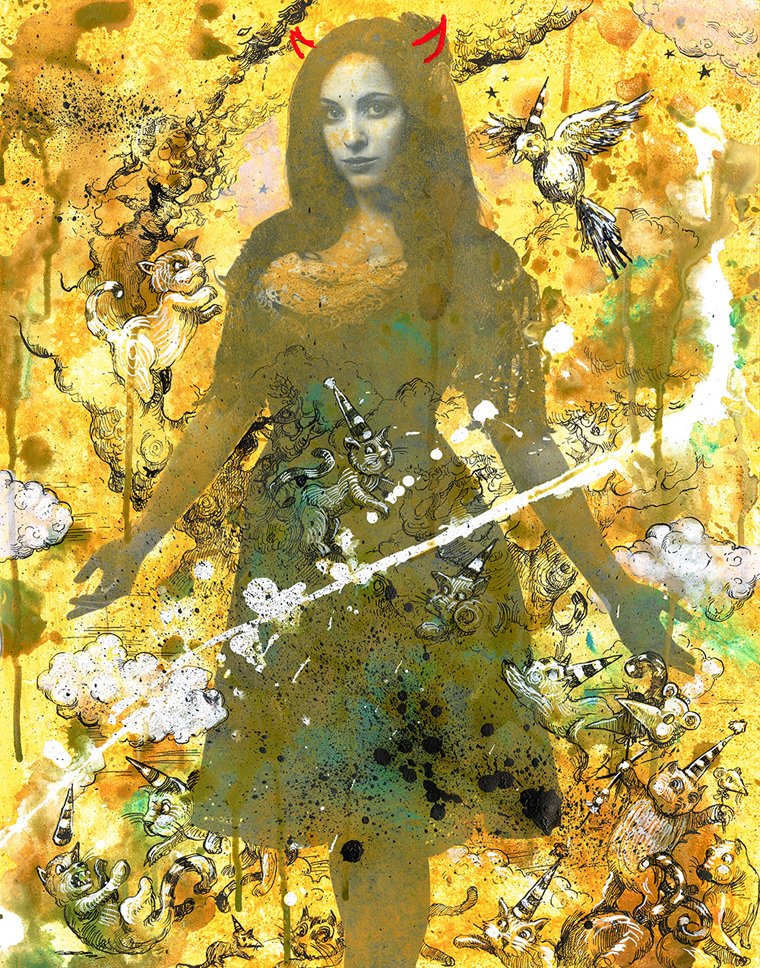 Since early 2012, Allan Amato has been photographing fine artists and inviting them to interpret those portraits through their particular medium. An artist’s work can act as both bridge and barrier; at once deeply personal and highly distorted; the lens through which we present our perception of the world, and the world that in turn interprets us.

As a full-time photographer, Amato engages in a daily meditation on art as a spiritual and alchemical practice; that nevertheless demands relentless hustle and a pathological immunity to rejection. During the shoots he found myself asking the artists about their processes and motivations, and drawing comparisons with my own approach to photography and portraiture. But how best to surround and consummate the conversations, the artists and the Work?

The TEMPLE OF ART is a collection of those collaborative art works and musings that provides an insightful look into the lives of some of our favorite working artists. A documentary project evolved from this project as well, which follows the progress of the collaborations from conception to completion, alongside interviews with the artists themselves. The Temple of Art panel at this year’s Comic Con was one of the most covered by global genre press, and the opening at La Luz de Jesus Gallery will be the final footage to complete the film–featuring a live, spoken word performance by Grant Morrison. Many of the featured artists will be present together to talk about what informs, inspires, and motivates them, and how they’ve hacked a life that is both sustained and intensified by making art. The Baby Tattoo book launch will happen mid-exhibition.