A lot of very exciting things happened in 2018.  After three years of hard and dangerous work, Molly and Marwan published Brothers of The Gun through Penguin Random House in May. 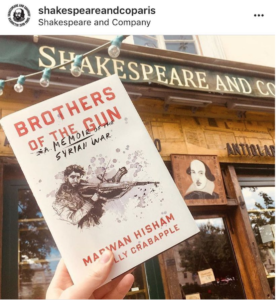 The book has been getting amazing reveiws from around the world, is a New York Times Notable book, and was a semifinalist for the National Book award.

The book tour has taken Molly to speaking events and literary festivals all over the US, and to London, Paris, Istanbul, Delhi and Mumbai. Syria In Ink, an exhibition of the original artwork from the book, opened at the Brooklyn Public Library, with simultaneous exhibits at Amnesty International HQ in London and BANT Havuz in Istanbul. The show is currently on tour. 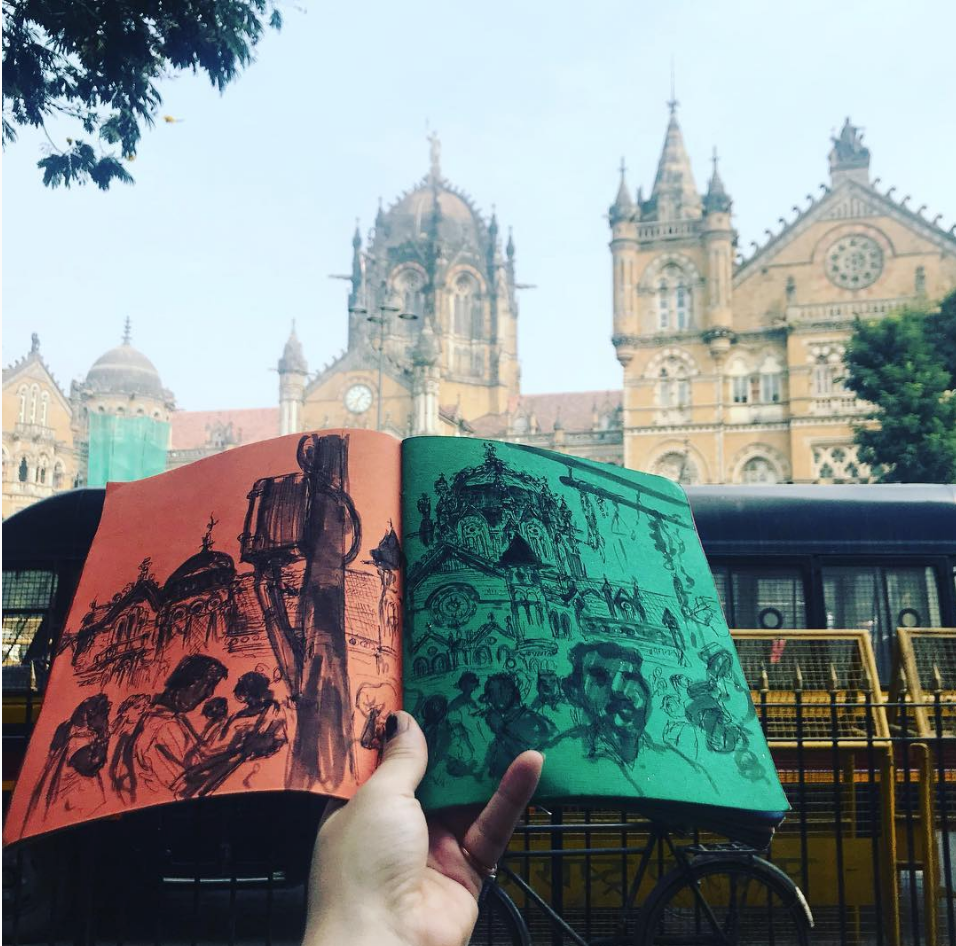 Life drawings from Mumbai are currently available in the shop!

Molly also did quite a lot of writing for the NY Review of Books including a cover story on refugees, essays on Puerto Rico’s greatest poet Julia De Burgos,  the Turkish invasion of Afrin, and The Jewish Labor Bund, the forgotton Jewish revolutionary party.  She also contributed illustrations for an article by Rohini Mohan about Dehli’s farmer protests, in addition to illustrating a piece about gang violence in El Salvador for The International Crisis Group and contributed drawings to Feeling of Being Watched, which premiered at the Tribeca Film Festival. 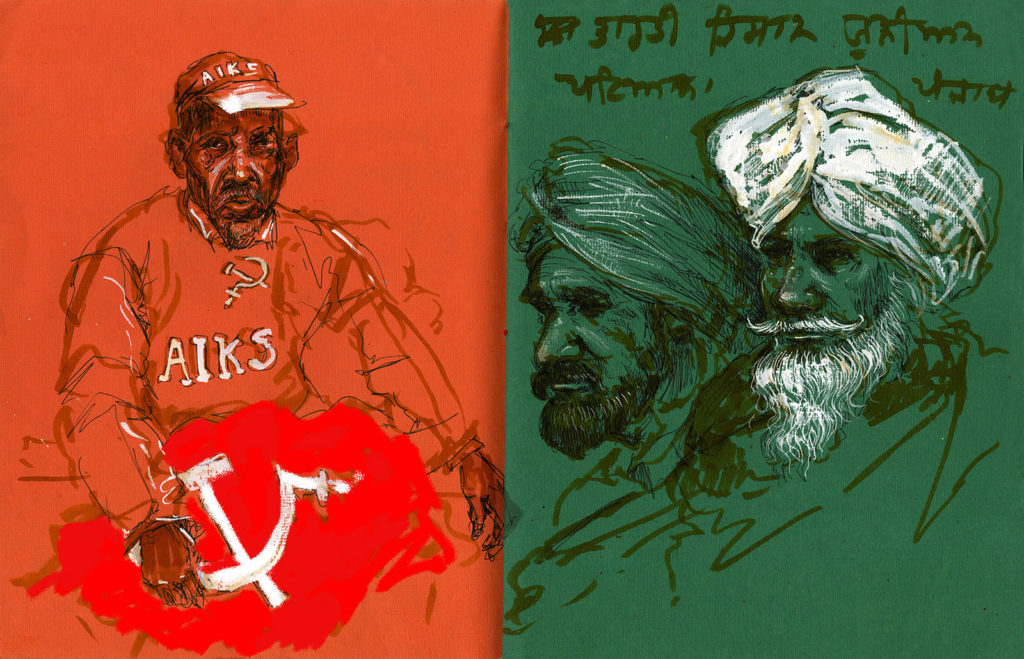 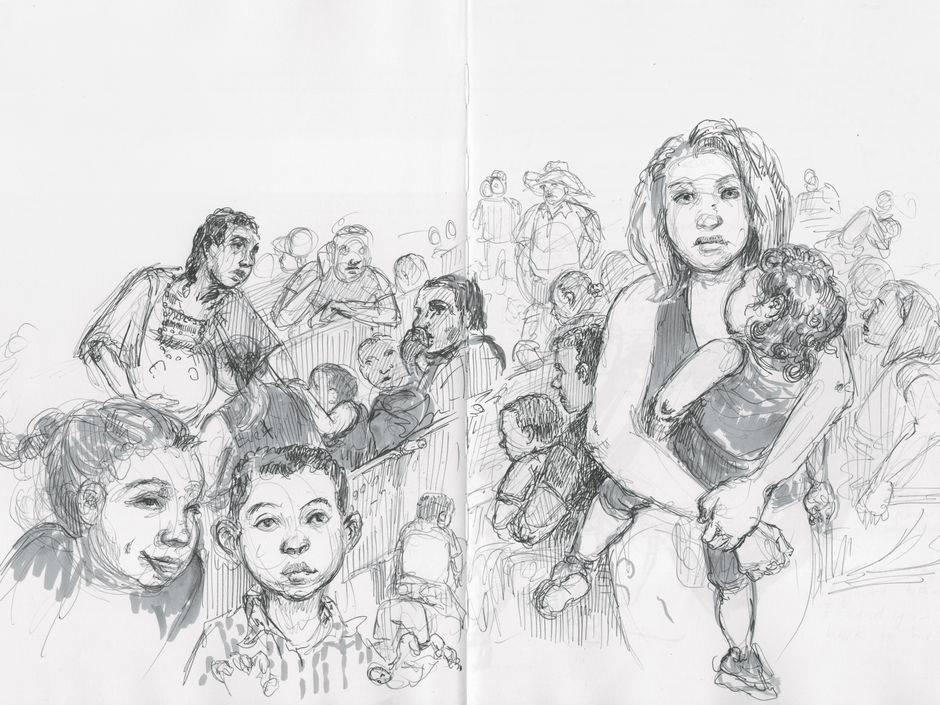 From “Scenes From an American Trajedy: The Texas Border Crisis” in Rolling Stone 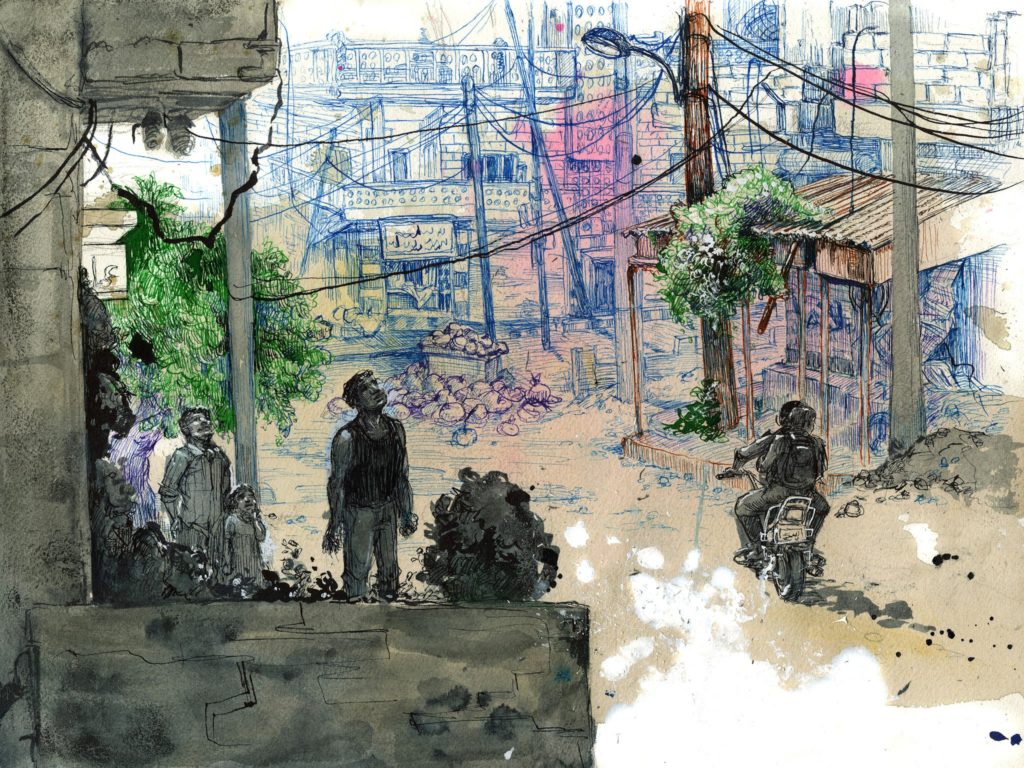 From “If the Regime Comes Here, Everyone Will be Targeted” in The New York Times

In a collaboration with Ms Saffaa, Molly installed new murals at The Owls Head wine bar in Bay Ridge, Brooklyn and in Barrio Mariana, Puerto Rico. 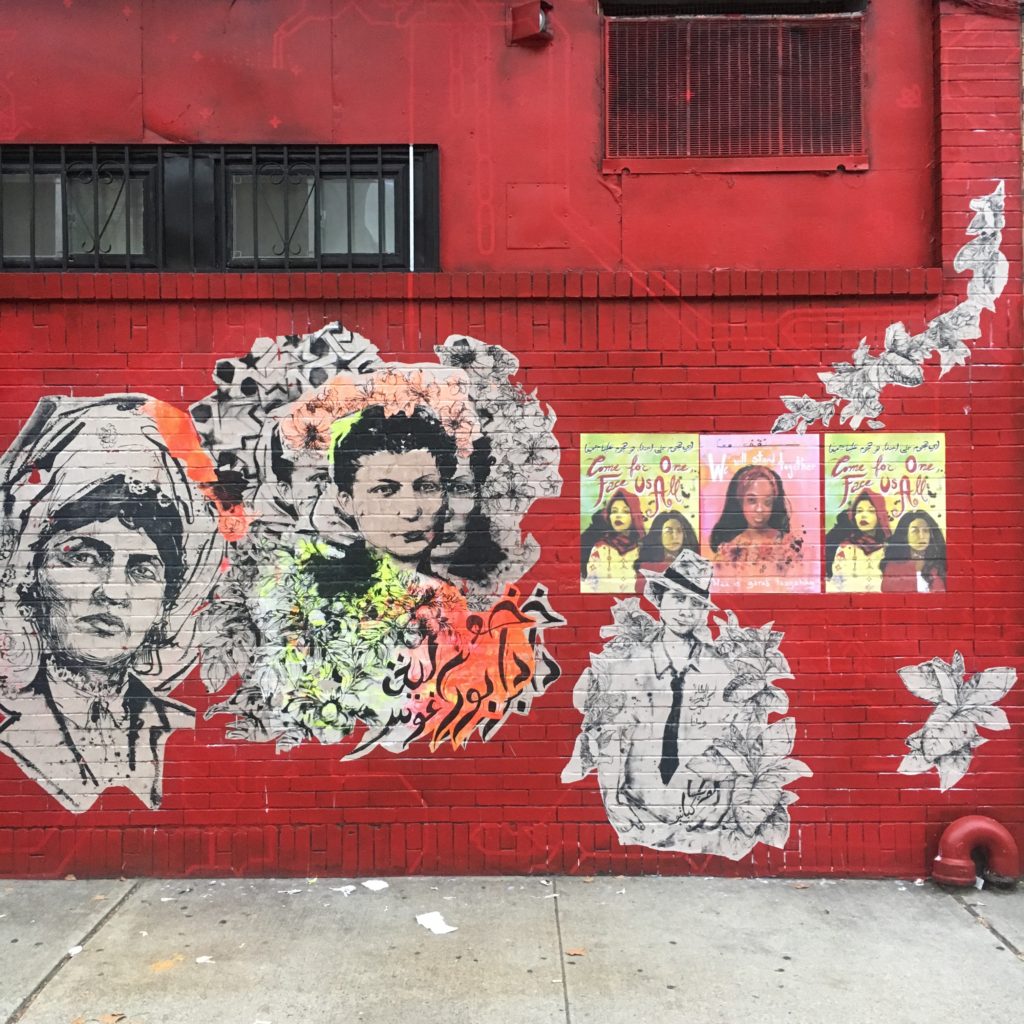 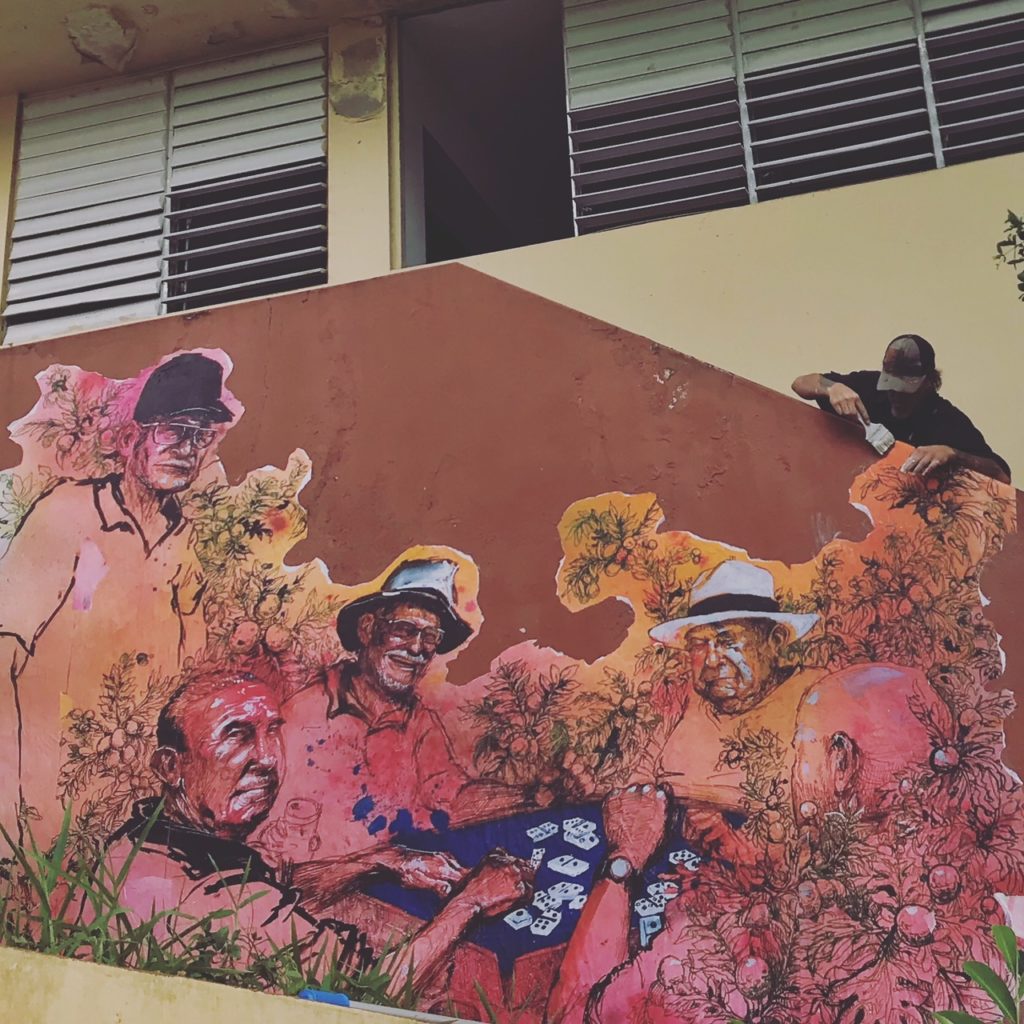 And some of her art was even wheatpasted up around NYC 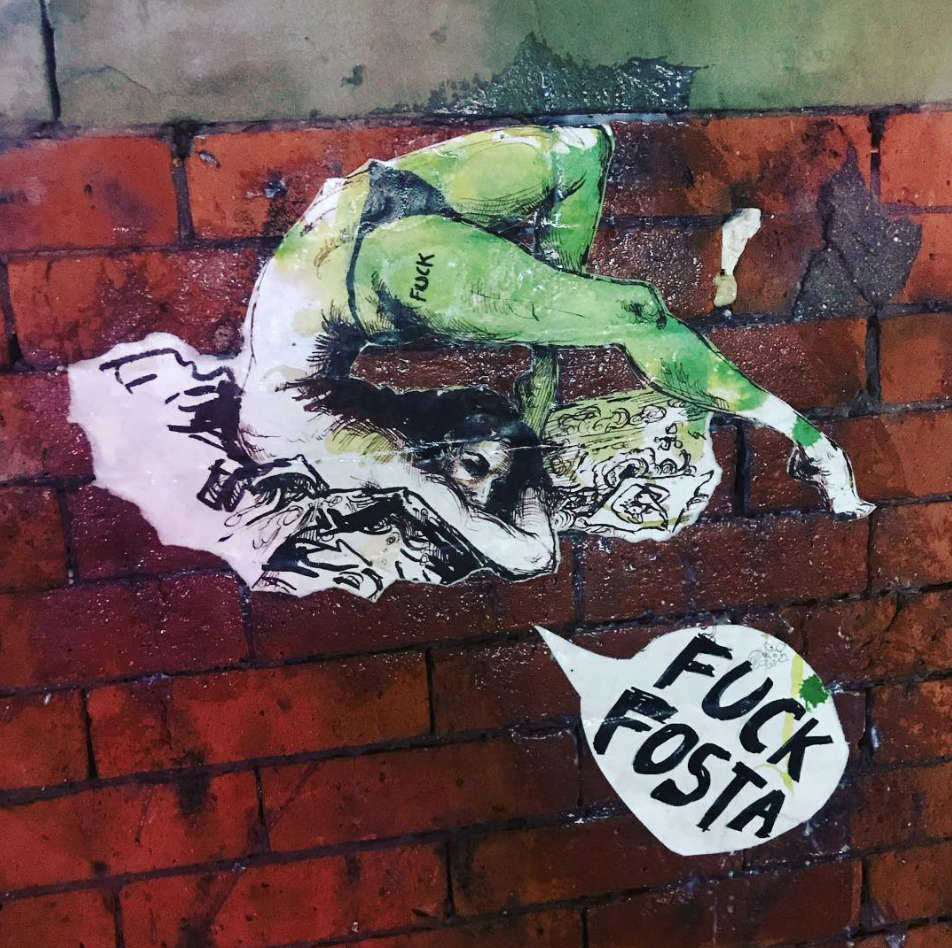 Molly and the lovely folks at Sharp As Knives also release this video about the money bail industry, narrated by John Legend. They also worked on several short films for Equal Justice Initiative’s Legacy Museum.

In Jakarta, Molly collaborated the the Indonesian feminist collective House of the Unsilenced to do portraits of refugees and women who had had abortions.

Honored to do this collaboration with @elizavitri for @unsilenced_ . Please read her words

Me, Mustafa (of Irrelevant Arabs podcast infamy) and a friend translated this know your rights pamphlet for @nycdsa and @newsanctuarycoalition

There’s a lot to look forward to this year, including the announcement that Molly will be an artist-in-residence at the Hagop Kevorkian Center for Near Eastern Studies at NYU in spring of 2019!

Looking forward to bringing you more art, writing, and resistance in the New Year 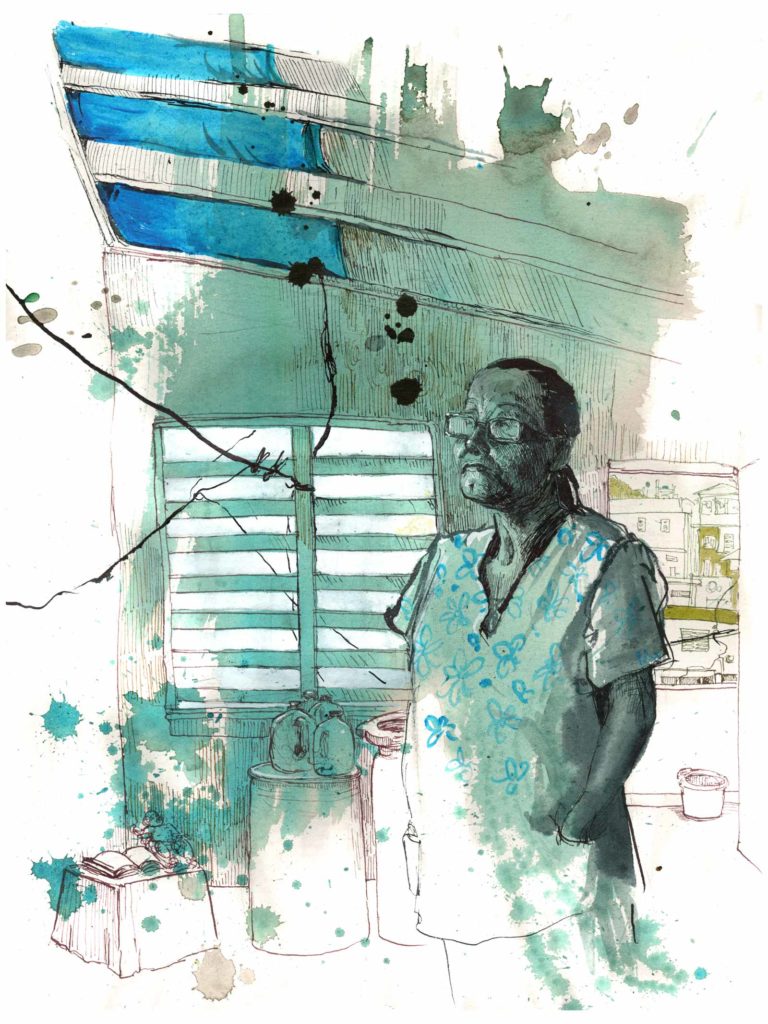