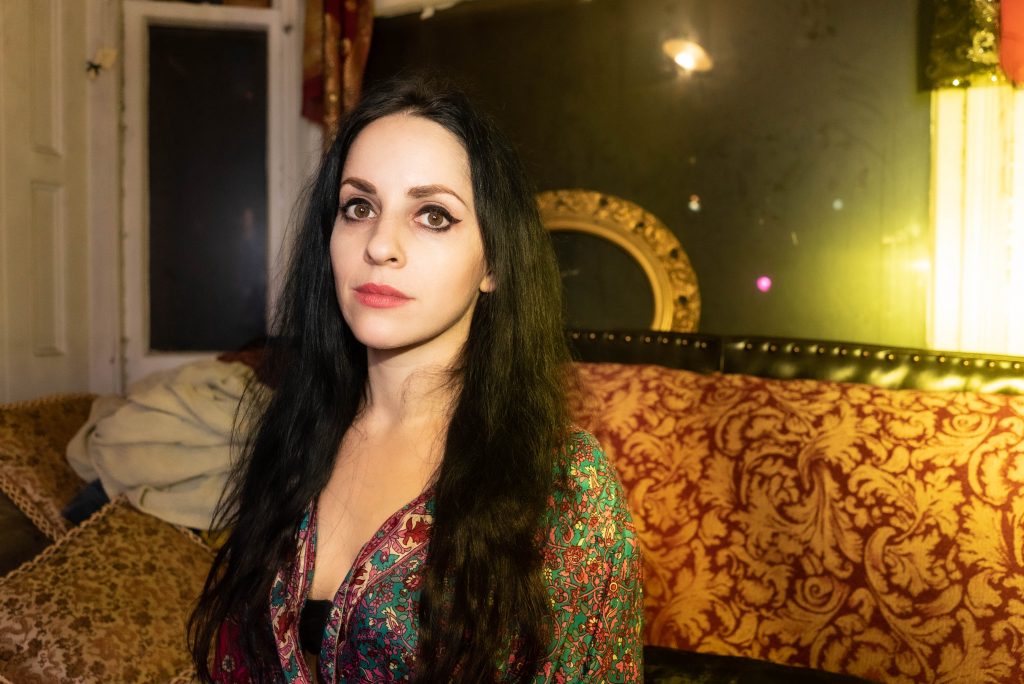 Molly Crabapple is an artist and writer whose inspirations include Diego Rivera and Goya’s The Disasters of War. She is the author of Brothers of the Gun, an illustrated collaboration with Syrian war journalist Marwan Hisham, which was a NY Times Notable Book and long-listed for the 2018 National Book Award. Her memoir, Drawing Blood, received global praise and attention. Her animated films have been nominated for three Emmys, and won an Edward R. Murrow Award.

Crabapple’s reportage has been published in the New York Times, New York Review of Books, The Paris Review, Vanity Fair, The Guardian, The New Yorker and Rolling Stone. She was the 2019 artist-in-residence at NYU’s Hagop Kevorkian Center for Near Eastern Studies in 2019, a New America fellow in 2020, and the winner of the Bernhardt Labor Journalism Award in 2022.  She currently is a Puffin Fellow at the Economic Hardship Reporting Project.

She got her start as a journalist sketching the frontlines of Occupy Wall Street, before covering, with words and art, Lebanese snipers, labor struggles in Abu Dhabi, Guantanamo Bay, the US border, America prisoners, Greek refugee camps, and the ravages of hurricane Maria in Puerto Rico. She once confronted Donald Trump in Dubai about exploitation of the workers building his golf courses. As an award-winning animator, she has pioneered a new genre of live-illustrated explainer journalism, collaborating with Alexandria Ocasio Cortez, Jay Z, Amnesty International, Human Rights Watch, and The ACLU.  Her animations are on permanent display at The Equal Justice Initiative’s Legacy Museum in Montgomery, Alabama.

She has spoken to audiences around the world, from Jakarta to Beirut, Sao Paolo to Ramallah, Mumbai to Paris, at universities including Harvard, Yale, Columbia, and The London School of Economics, and at museums including The Brooklyn Museum and The Guggenheim.   Her art is in the permanent collections of the Museum of Modern Art, the United States Library of Congress, and the New York Historical Society.

You can contact Molly at molly (at) mollycrabapple (dot) com