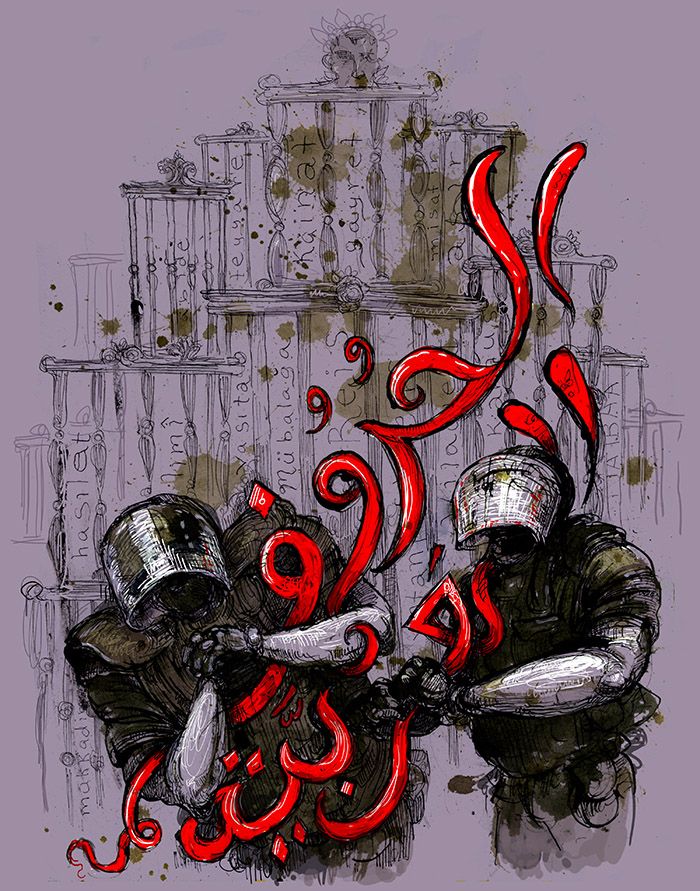 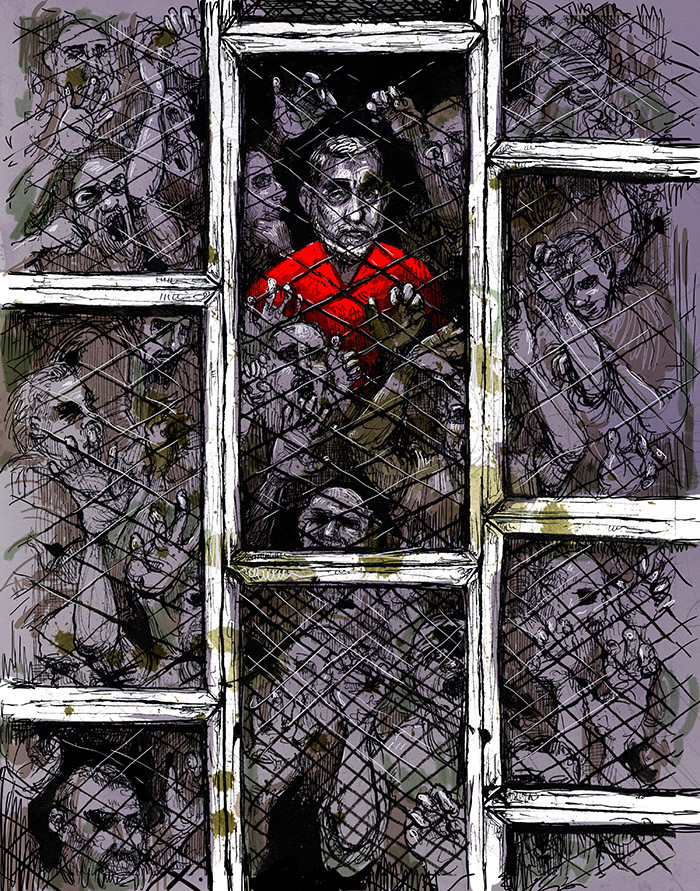 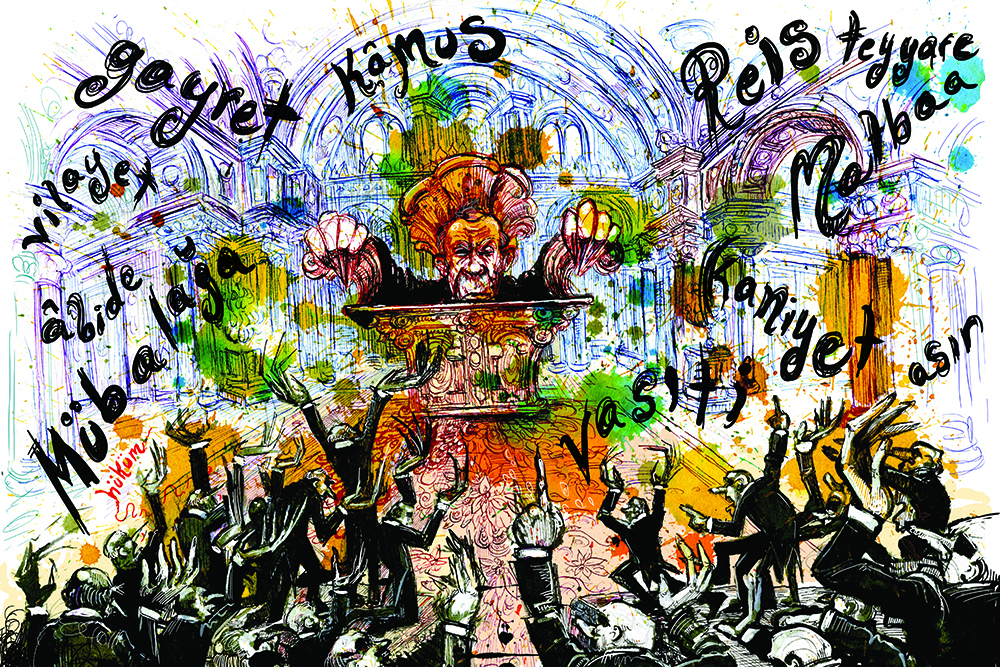 These are new illustrations Molly has produced to accompany the article “In The Court of Purity”, published in the most recent issue of the Index on Censorship. For the full article and more pick up a copy of the magazine online on itunes, amazon, or google play, or at your local retailer.

One day in 1934, a middle aged man woke up from a terrible nightmare in the crimson-coloured bedroom of an old Istanbul mansion. For what felt like an interminable length of time he dreamt about a dark court of law that was filled with dozens of prisoners who looked at him with an
expression of sad desperation in their coal-black eyes. In the dream, he was a Great Judge to whom was given the power to kill or save those sickly men. Prisoners were placed inside large metal cages at the centre of the court room. He could see their long, untrimmed beards and yellow
faces; their claw-like hands reached out from the cages and their wet palms were visible from the podium where he sat. Their voices, in contrast, was incomprehensible to him —just a murmur filling the room and spiralling out from the cage, spelling out a message that was inaudible but no doubt addressed to him. From behind the group of prisoners he discerned a figure who eyed him with an intensity that sent shivers down his spine. Dressed in a blinding bright red uniform, this man moved his hands self-assuredly and was certainly a man of previous, recently lost authority. He looked at this glowing prisoner in awe and fear and felt, on his shoulders, the responsibility of deciding his fate — whether he should be saved or perish was entirely left to him. But before he could say or do anything, guards appeared in four corners of the court room. They approached the cage, entered it, brought the red coloured prisoner out, placed a piece of cloth around his head and took him away.

For more information on this issue of the Index on Censorship: https://www.indexoncensorship.org/2015/09/autumn-magazine-2015-spies-secrets-and-lies/