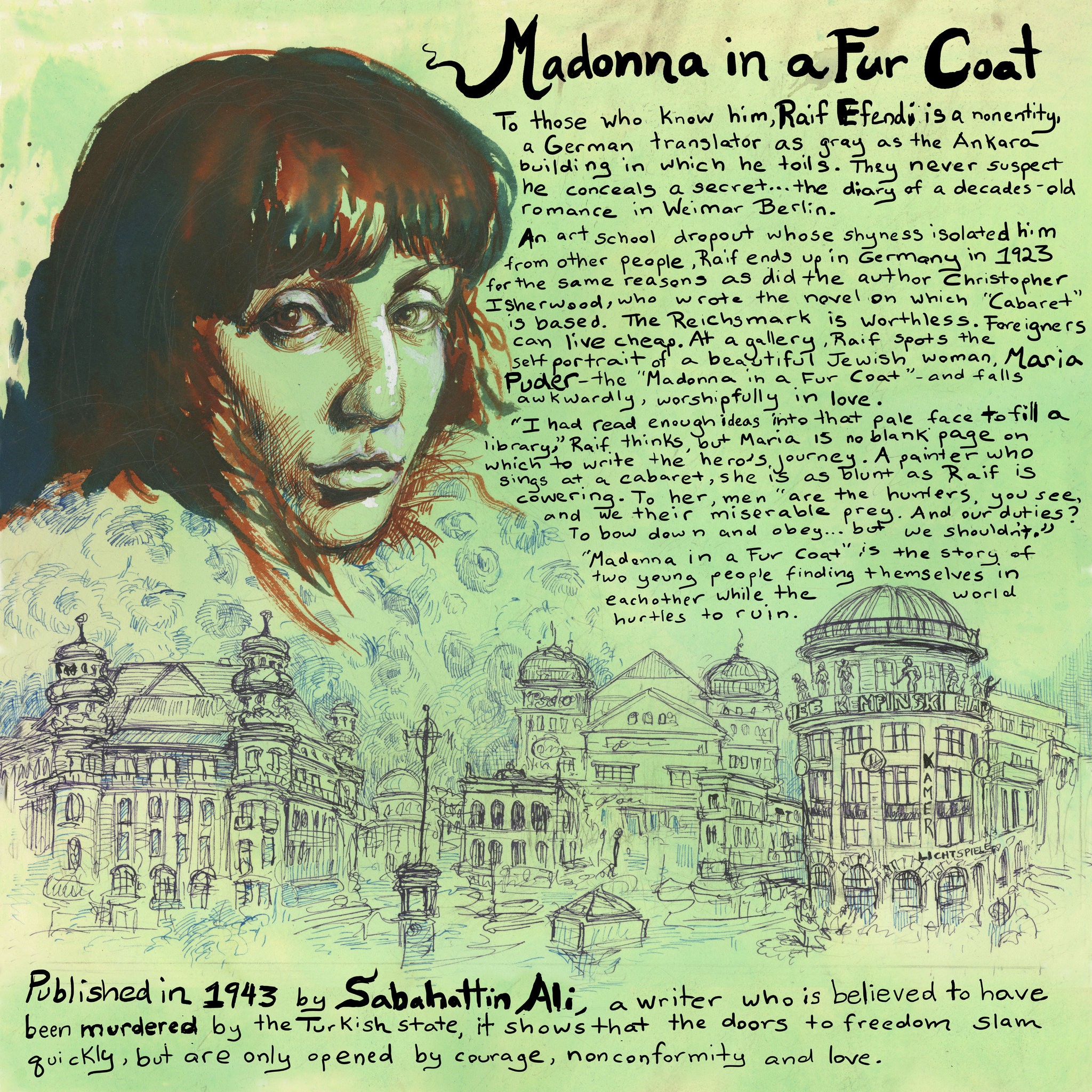 “To those who knew him, Raid Efendi is a nonentity, a German translator as gray as the Ankara building in which he toils. They never suspect he conceals a secret… the diary of a decades-old romance in Weimar Berlin.

An art school dropout whose shyness isolated him from other people, Raid ends up in Germany in 1923 for the same reasons as did the author Christopher Isherwood, who wrote the novel on which “Cabaret” is based. The Reichsmark is worthless. Foreigners can live cheap. At a gallery, Raif spots the self portrait of a beautiful Jewish woman, Maria Puder- the “Madonna in a Fur Coat”- and falls awkwardly, worshipfully in love.

“I had read enough ideas into that pale face to fill a library” Raif thinks, but Maria is no blank page on which to write the hero’s journey. A painter who sings at a cabaret, she is as blunt as Raif is cowering. To her, men “are the hunters, you see, and we their miserable prey. And our duties? To bow down and obey… but we shouldn’t”

“Madonna in a Fur Coat” is the story of two young people finding themselves in each other while the wold hurtles to ruin.

Published in 1943 by Sabahattin Ali, a writer who is believed to have been murdered by the Turkish State, it shows that the doors to freedom slam shut quickly, but are only opened by courage, nonconformity and love.”