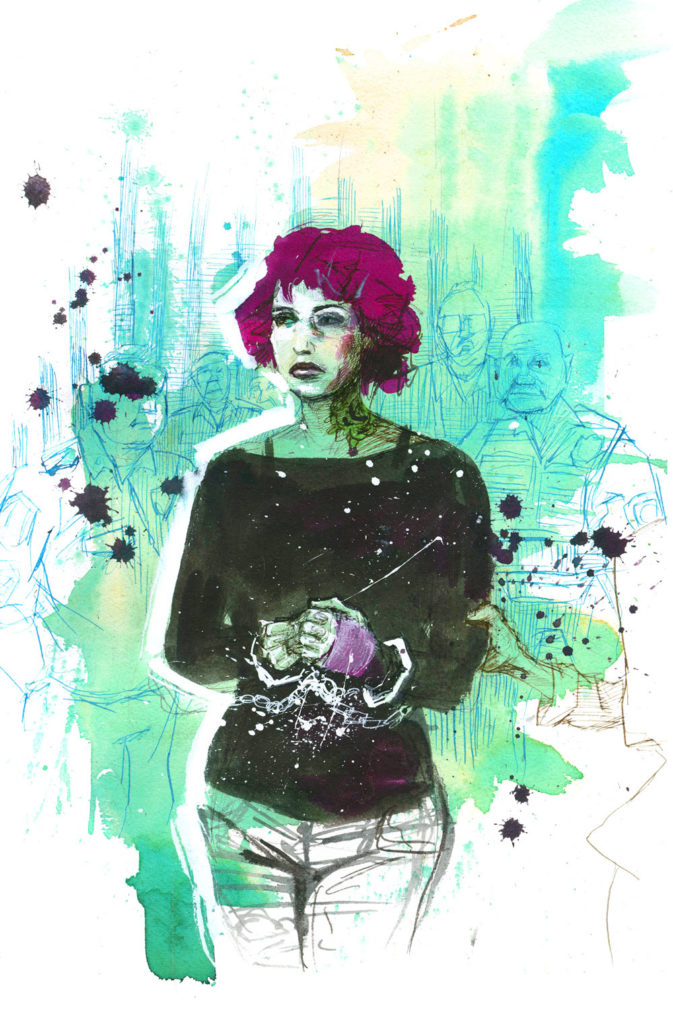 Molly has written and illustrated a new article for The Baffler about Puerto Rican political prisoner Nina Droz Franco, who was arrested in the 2017 May Day protests. This article is part of Issue 40 of The Baffler entitled “Forced Exposure” which is focusing on privacy and surveillance.

Droz has spent the last year in federal prison, waiting to receive her sentence. Outside, while the island combats the overlapping cruelties of fiscal austerity and post-Maria neglect, players on each end of the political spectrum have adopted Droz as a symbol. To many pro-independence leftists who supported the protests, she is a political prisoner. For the pro-statehood right, she is a folk demon, half-witch and half-terrorist: “The Girl Who Breathes Fire.”

Or read all the articles featured in Issue 40