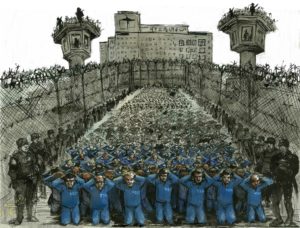 Since 2017, the government of China has carried out massive and systematic abuses against Muslims living in the Xinjiang Uyghur Autonomous Region (Xinjiang). The human suffering has been immense. Huge numbers of men and women from predominantly Muslim ethnic groups have been arbitrarily detained and sent to internment camps or prison. The internment camp system is part of a larger campaign of subjugation and forced assimilation of ethnic minorities in Xinjiang.

Life and Death, but No Trash Pickup: Diary of a Young COVID-19 Nurse 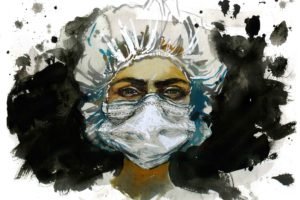 by Ryan Gabrielson, Illustrations by Molly Crabapple for ProPublica

When a 27-year-old critical care nurse volunteered for Santa Clara Valley Medical Center’s COVID-19 unit last month, she knew that caring for patients with failing lungs and an untreatable disease would be frightening and heartbreaking. What she didn’t expect was to be shunned by fearful workers in other departments, surrounded by uncollected trash and forced to use up health benefits on a technicality

“Refugees didn’t live in town. The overwhelming majority were stuck in a camp with layers of razor-wire-topped fences that evoked comparisons to Guantánamo from some of its residents. Meant for 600, its population had, during my late-October visit, swelled to more than 2,400—with more arriving each day. According to one source, just fewer than 2,100 remained inside the camp as of late January.”

The Oppressive Architecture of the West Bank 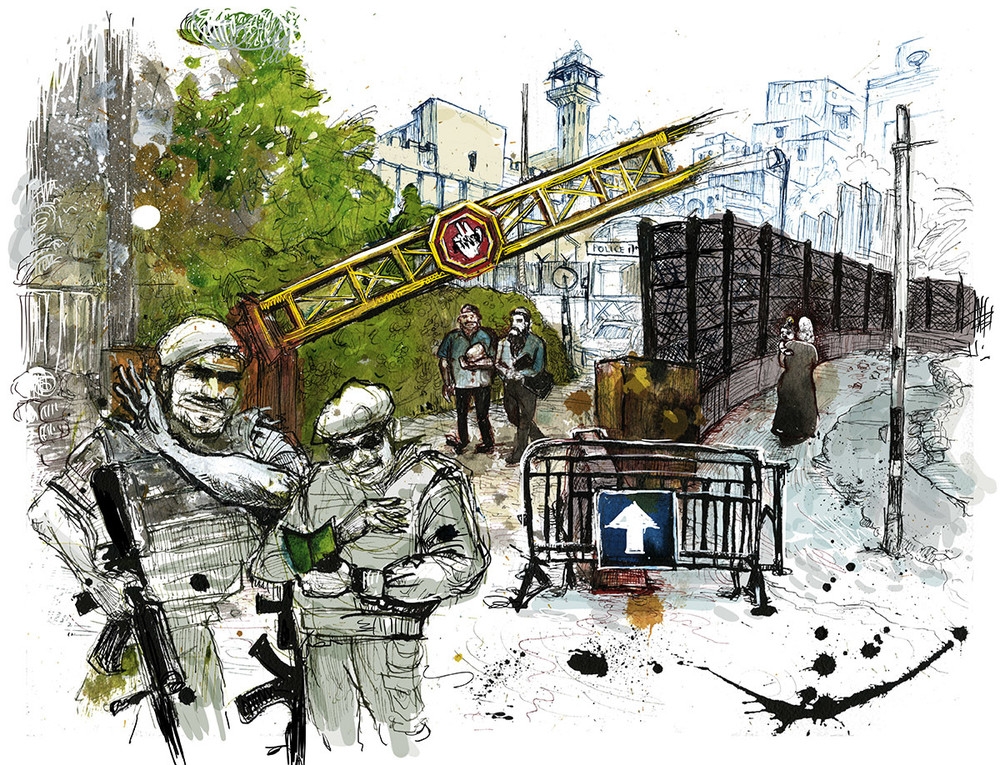 “Old Hebron is honey-stoned and blue-doored—the sort of charming Mediterranean labyrinth that, in another universe, would be full of obnoxious tour groups. But thanks to the occupation, it’s scarred by gates, concrete barriers, barbed wire, and checkpoints. A souk where gold was once sold lies empty, the doors of its many shops welded shut by the IDF, its merchandise still inside.”

“The Oppresive Architecture of the West Bank” – Molly Crabapple. VICE 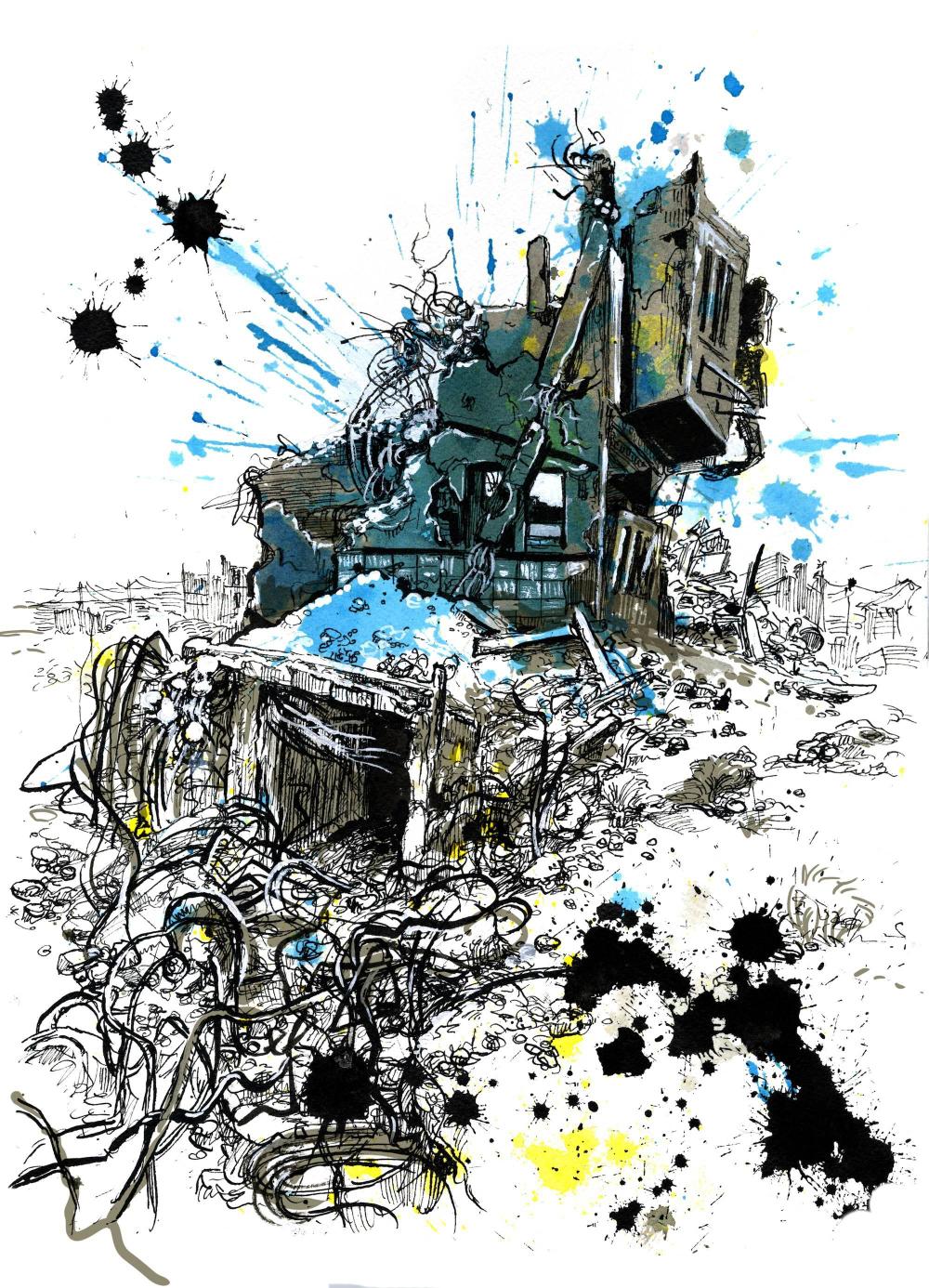 “We accepted the sorrow, but the sorrow didn’t accept us.” Ibtisam sat in the dust, laughing, her broad, witty face framed by her flowered hijab. In her 45 years living in Gaza, she’d seen so much sorrow that laughing is the only real response.

“Shujaiya Dust: Gaza Is Still In Ruins a Year After the War” – Molly Crabapple.

Special Prostitution Courts and the Myth of ‘Rescuing’ Sex Workers 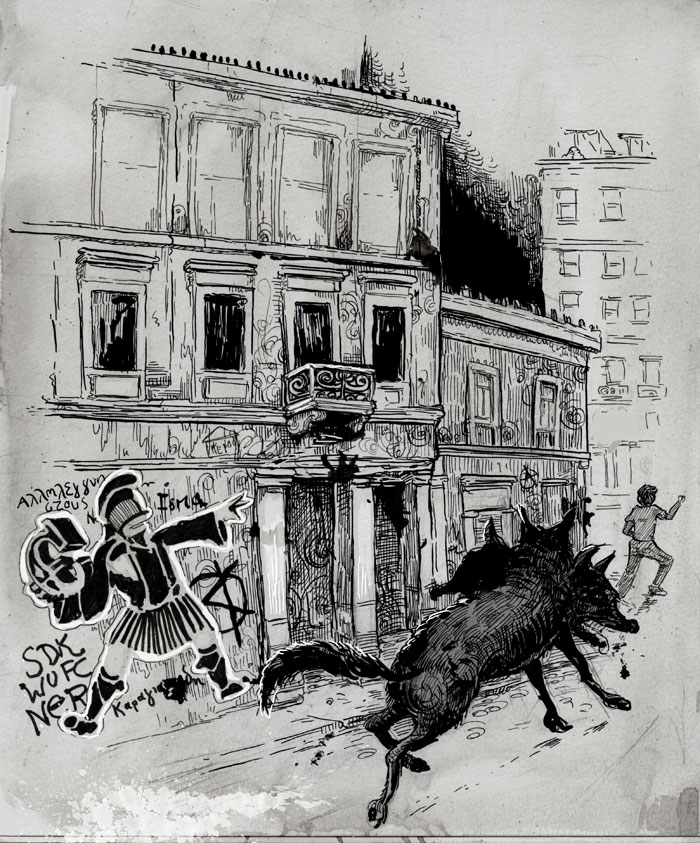 In the summer of debt and doubt after the euphoric Occupy street protests of 2011-2012, Molly Crabapple and journalist Laurie Penny travelled to Greece to witness and document a nation in the grip of a gargantuan modern tumult. There they drew and interviewed anarchists, autonomists, striking workers and ordinary people caught up in the greek crisis. Through this climate of chaos Discordia weaves together the personal and political, picking out the human elements of the Greek crisis that are recognizable to any generation struggling to articulate its purpose in a world of spiraling unemployment, democratic collapse and civil unrest.

Discordia was released as an e-book by published by Random House in 2012 and is available for download from most major retailers. 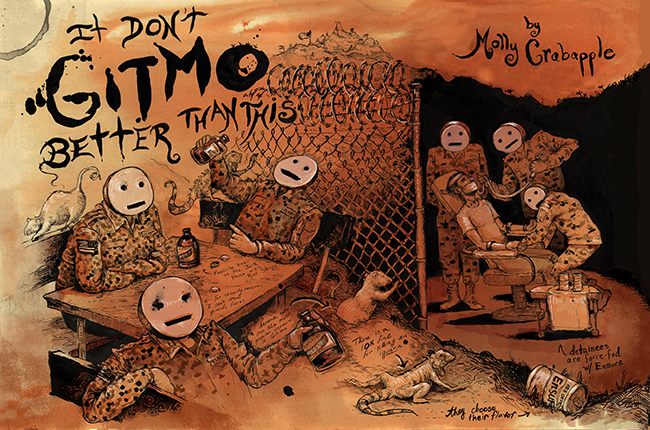 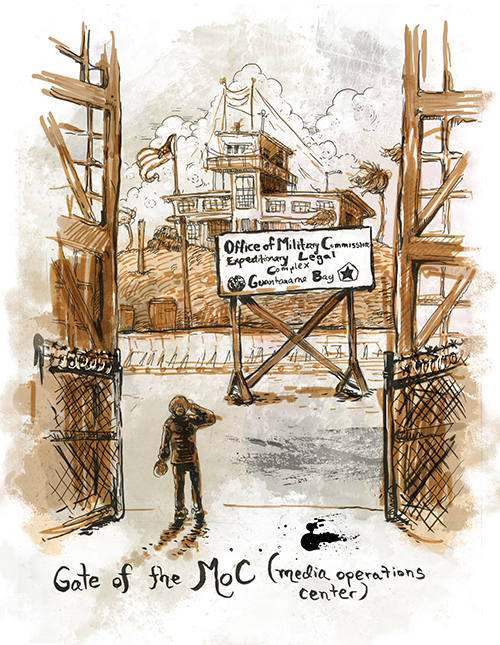 “…I think that when a lot of journalists go down to Guantanamo – and everyone that I was with was an amazing journalist. They’re much more traditional journalists and they write about the details of the trial. They do investigative stuff about, like, who’s hunger-striking. They speak to the lawyers. They speak to the Guantanamo spokespeople. But they don’t really write about what the experience of covering it is like. And I felt like that could be my contribution, that I wasn’t taking myself out of it like a traditional journalist would, but rather I was trying to bring the reader there with me so that the reader would understand what it felt like to be in Guantanamo.”