Scenes from the Syrian War is a collection illustrated articles serialized in Vanity Fair, made in collaboration with an anonymous source within Syria. Using photos sent via cell phone, Molly recreates rare glimpses of daily life in ISIS-occupied Syria.

Scenes from Inside Aleppo:
How Life Has Been Transformed by Rebel Rule 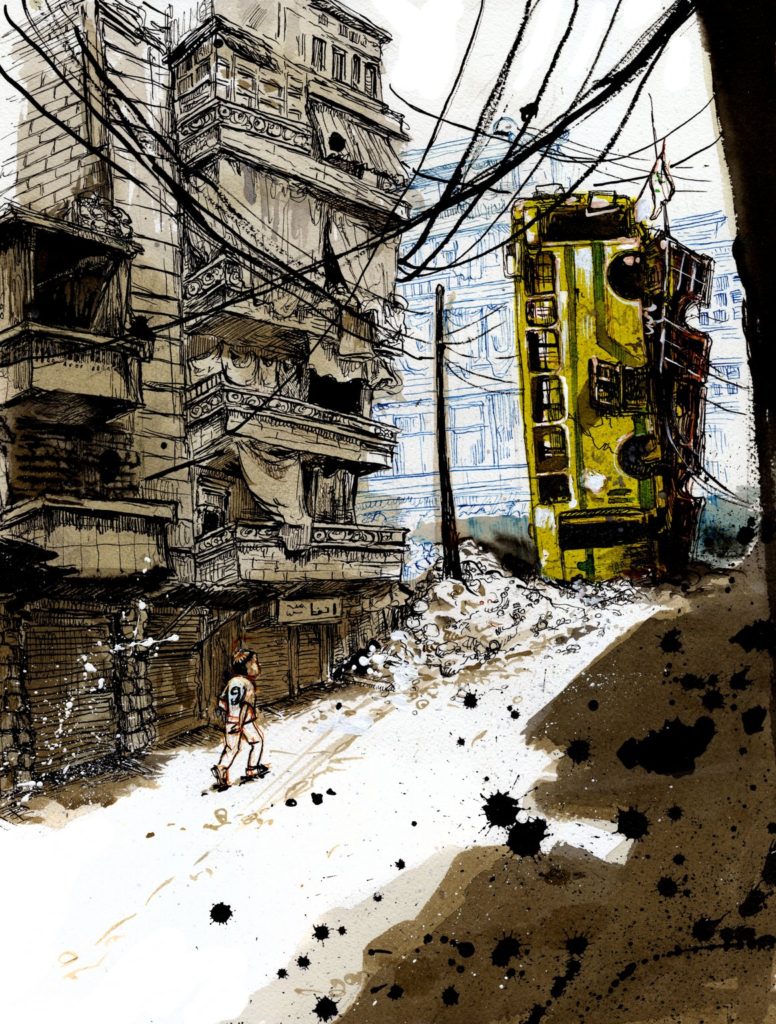 “The Syrian air force has a habit of following their first barrel bomb with a second. People say this is to kill first responders. (The government still denies that it uses barrel bombs.)
Despite this, the crowd did not run away. They dug in the rubble with their bare hands—old men, Civil Defense volunteers, and militants alike—all except the media activists shooting video. When they found a victim, they gathered to help snatch them out, screaming “Allahu Akbar” as they did. Once they laid the victim in an ambulance, they began to dig again.” Al-Najafi Street is one of the most famous sites in Mosul. Bustling with women, men, and children, it had a literary reputation, in years gone by. Its inveterate libraries were a favorite destination for writers to publish their books, and for readers to enjoy a variety of topics and stories. Books available vary from religious writings to literary novels and short stories, from atlases to dictionaries. This heritage is now on the verge of being extinguished. The location has changed to a popular souk that offers, in addition to manuscripts, kids toys and fruit cocktails. The glorious past, mixed with ragged present.

Scenes from Daily Life in the de Facto Capital of ISIS 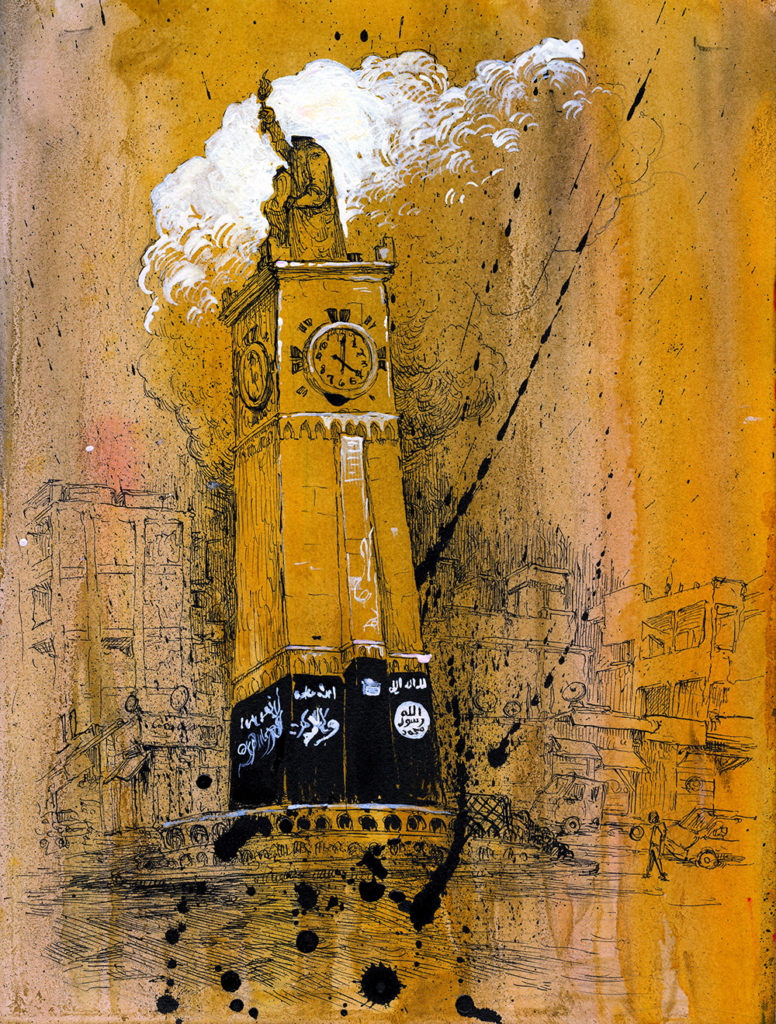 For decades, the Clock Tower—along with the statues placed on the top of it—has been among the few monuments by which Raqqa is known. Two peasants, a man and a woman, hold a torch high, and look at the sky. They represent a natural tendency inside human beings—to be free.
In November 2013, ISIS decided to cut the heads off the statues. A symbolic and threatening message. This was ISIS’s way of hinting that such a practice would later involve humans, in this very place. And that is what has happened.