Shell Game was covered by the New Republic, Rolling Stone, Fast Company, Wired, Reuters, the American Reader and many more. The openings were attended by hundreds of people –– many of whom, through their support of Shell Game’s kickstarter, made this whole project possible.

I’m starting to think about my next project, which will explore ideas of explicitly digital culture and privacy. I may even work with an institution or cultural organization to bring it to life on the largest scale possible.

Without the support of hundreds of people online, Shell Game would never have happened. The internet believed in me, believed in the promise of my art, and showed that in concrete ways.

The internet gave me Shell Game.

I want to give them something back.

Today is May Day. The day of workers, immigrants, beautiful young girls, and rebellion. I’m releasing all the art from SHELL GAME on Creative Commons. Share. Remix. Make art. Wheatpaste the world.

Click each image to see it in high resolution. Non-commercial use only and attribution is mandatory (see CreativeCommons below). 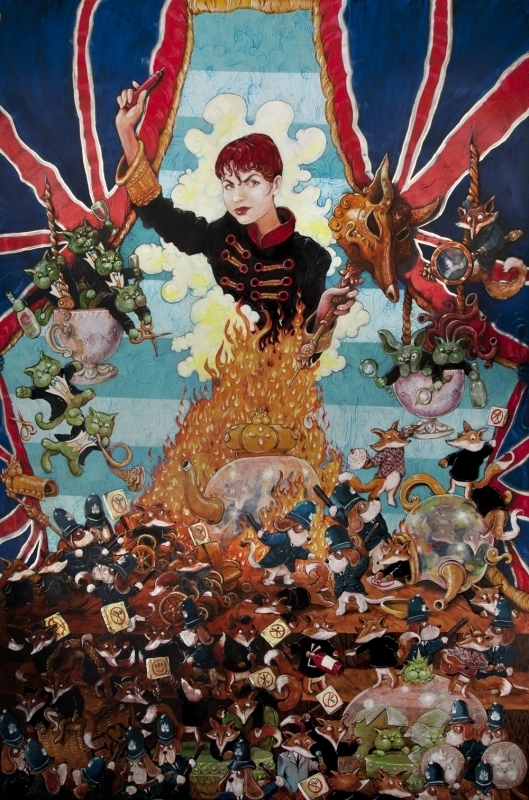 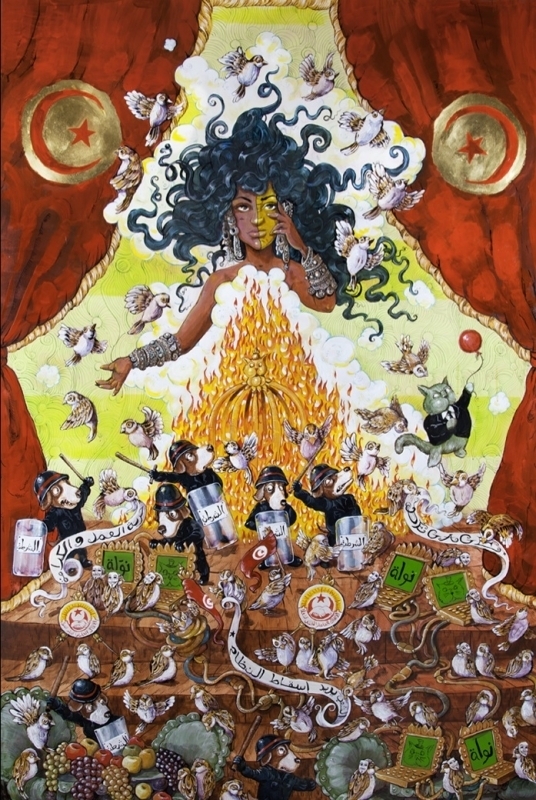 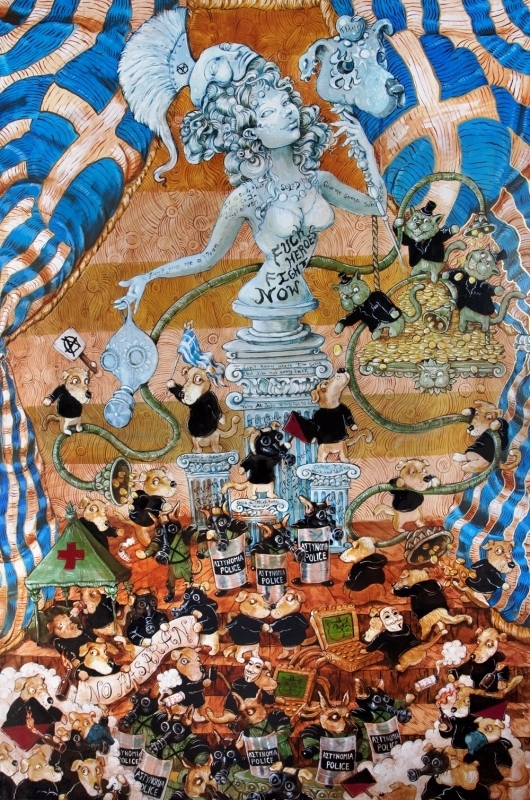 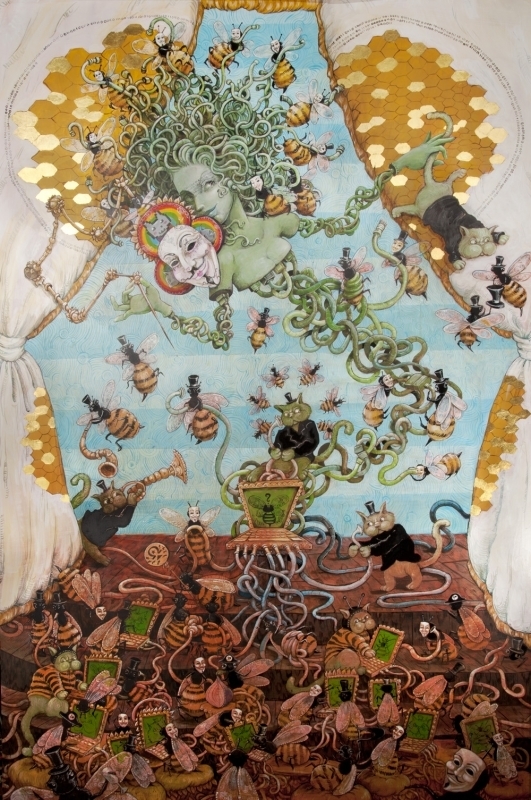 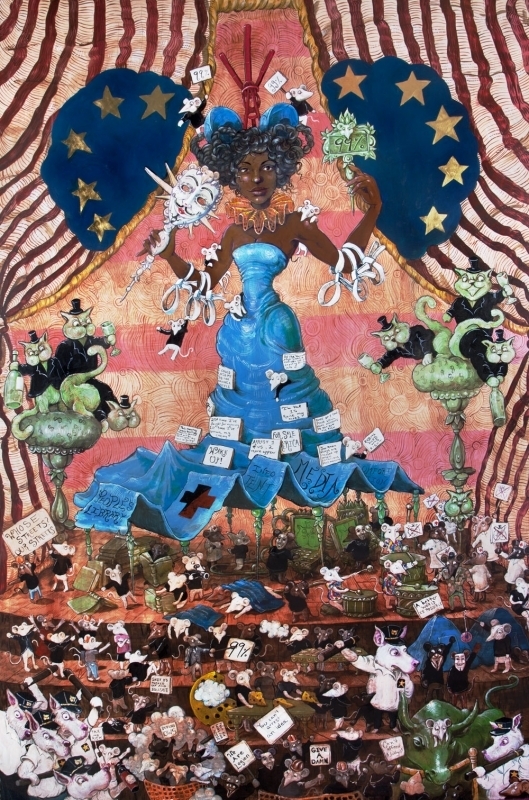 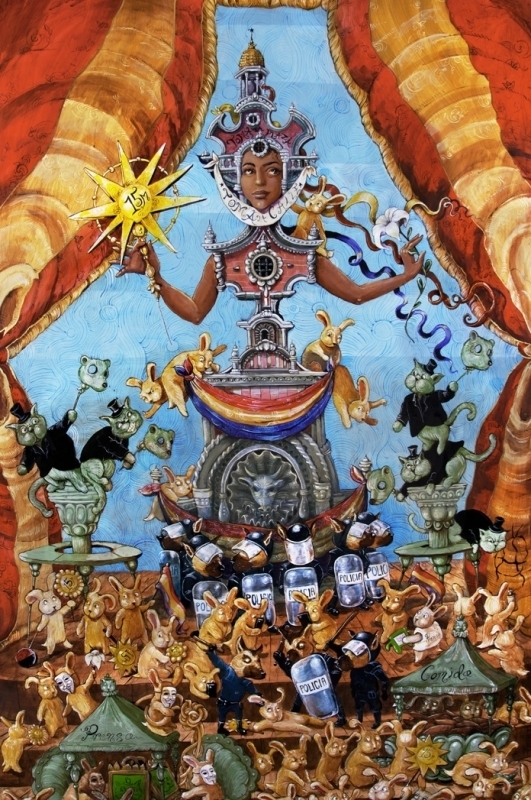 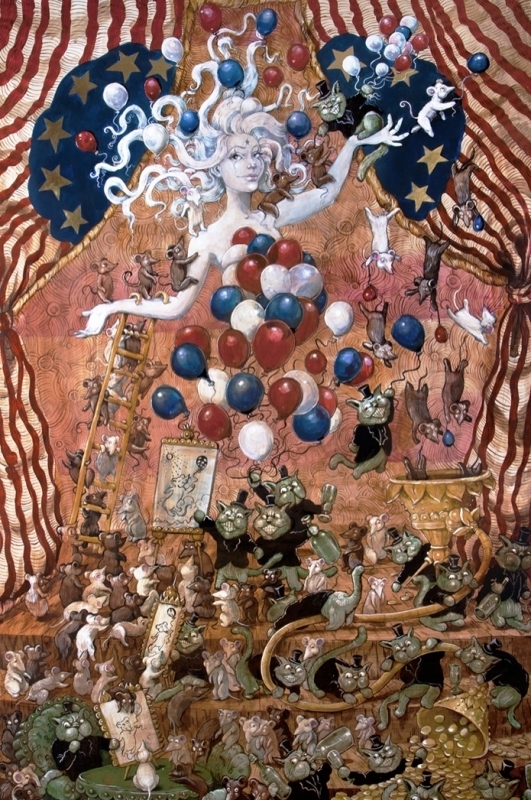 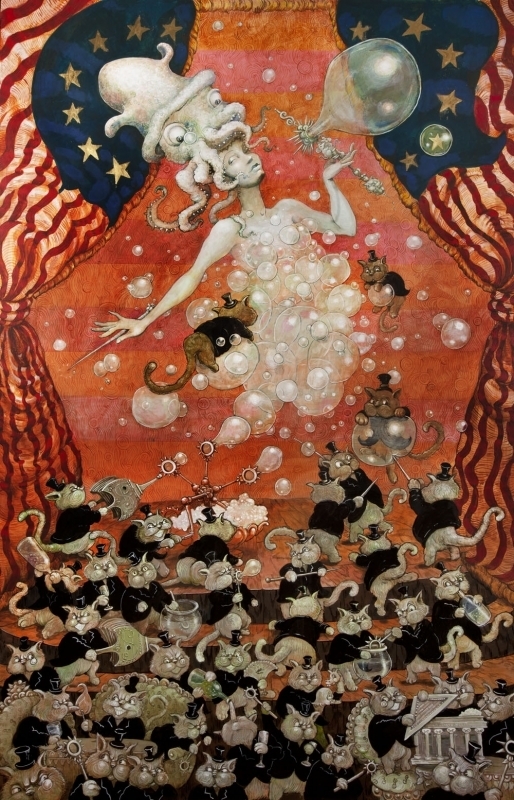 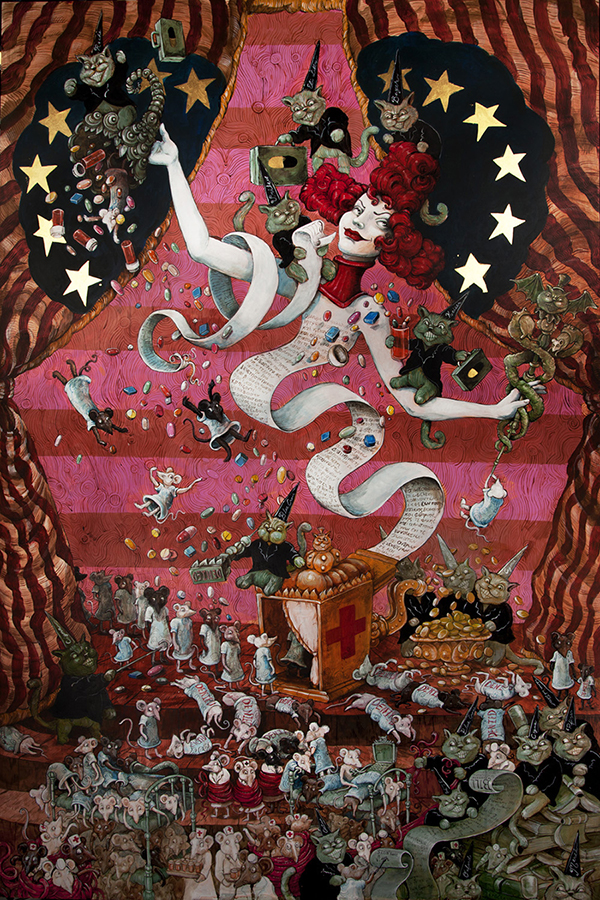 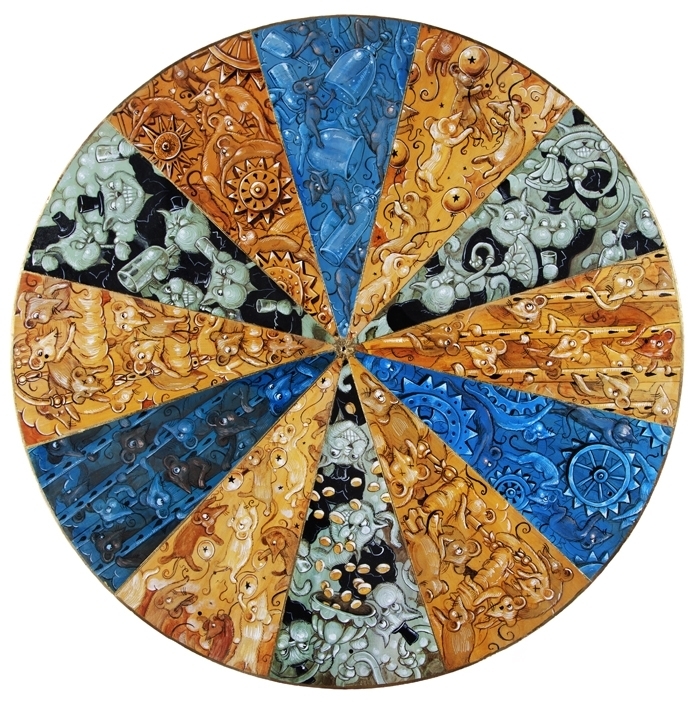 Shell Game by Molly Crabapple is licensed under a Creative Commons Attribution-NonCommercial-ShareAlike 3.0 Unported License.
Based on a work at https://mollycrabapple.com/2013/05/01/shell-game-hi-res/.