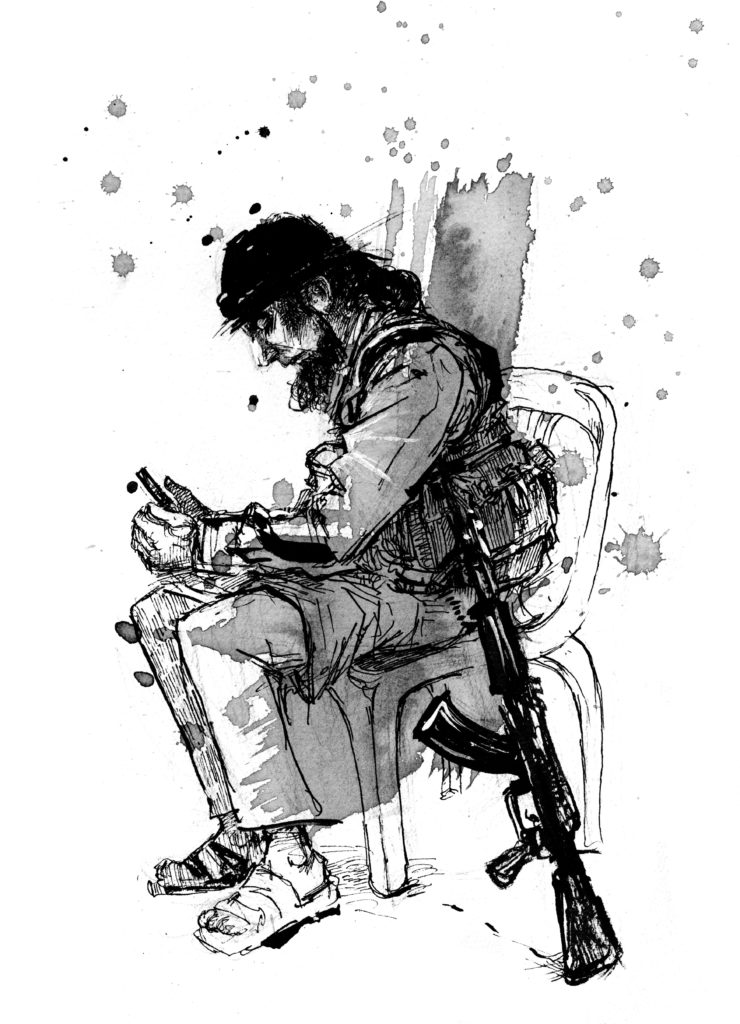 This week Cengiz Yar interviewed Molly and Marwan on Roadsandkingdoms.com for a discussion about what it was like to write a book while one of them was living in an active war zone. Check it out here!

“If you provide an environment where people can return and rebuild their houses without the fear of bombs or getting arrested, people will not hesitate to return home. The major concern for everyone there is the uncertainty of not knowing who’s going to control the city next.” – Marwan 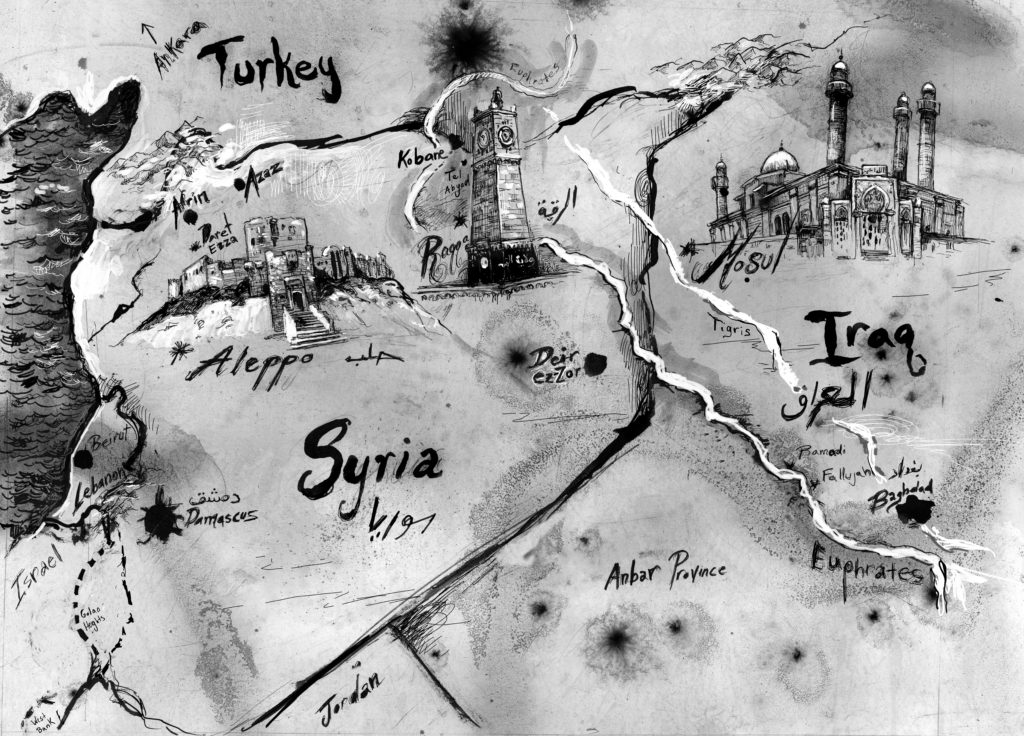 TheFeministani.com said “This story is enthralling… Crabapple has done something extraordinary with these illustrations” in this review.

“Brothers of the Gun is the story of that takeover, seen through the eyes of a young man, who along with his friends Nael and Tareq, finds his life turned upside-down by revolution and then war. This is the story of people who attempted to live normal lives, as their homes were being blown to bits around them, as enslaved women were paraded in front of them, as European jihadis invaded their land and established the Islamic State.” 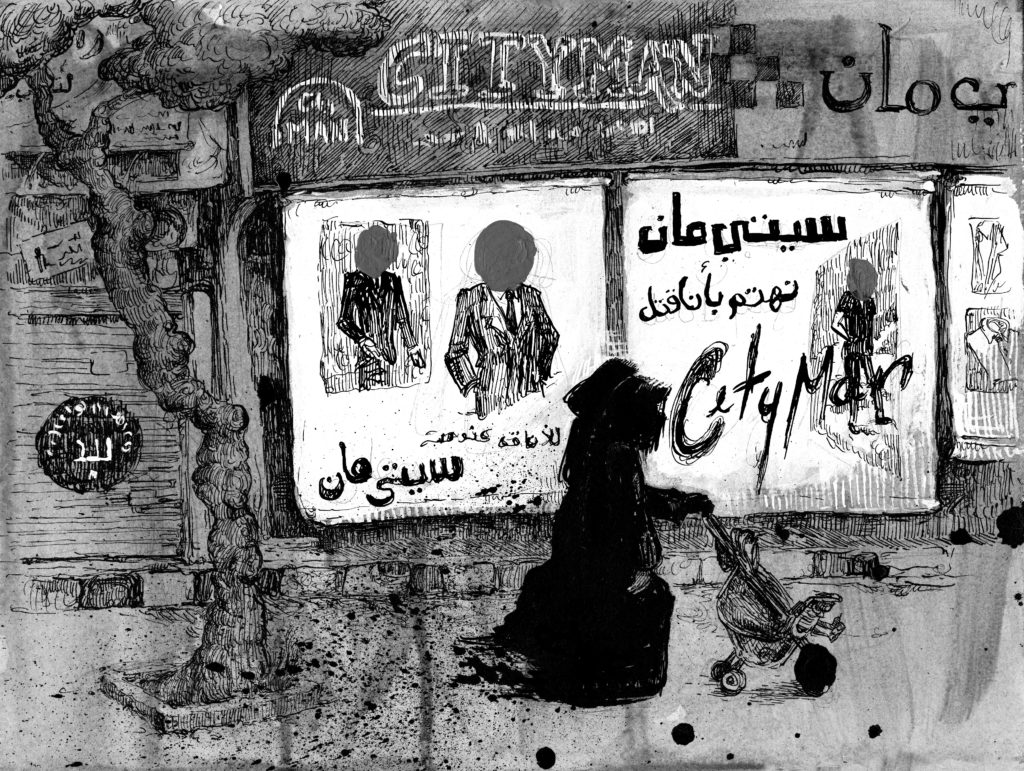 And finally this week, the book got this lovely shoutout in the Times Literary Supplement

“Molly and Marwan’s collaboration began when the latter was living in ISIS-occupied Raqqa: he would smuggle out photos of the city and Molly would turn them into drawings, exposing the brutal reality of ISIS rule without endangering her source. Marwan joined the uprising against Assad in 2011 when he was a student, and the book tells the story of one of the world’s most protracted conflicts through his eyes.” 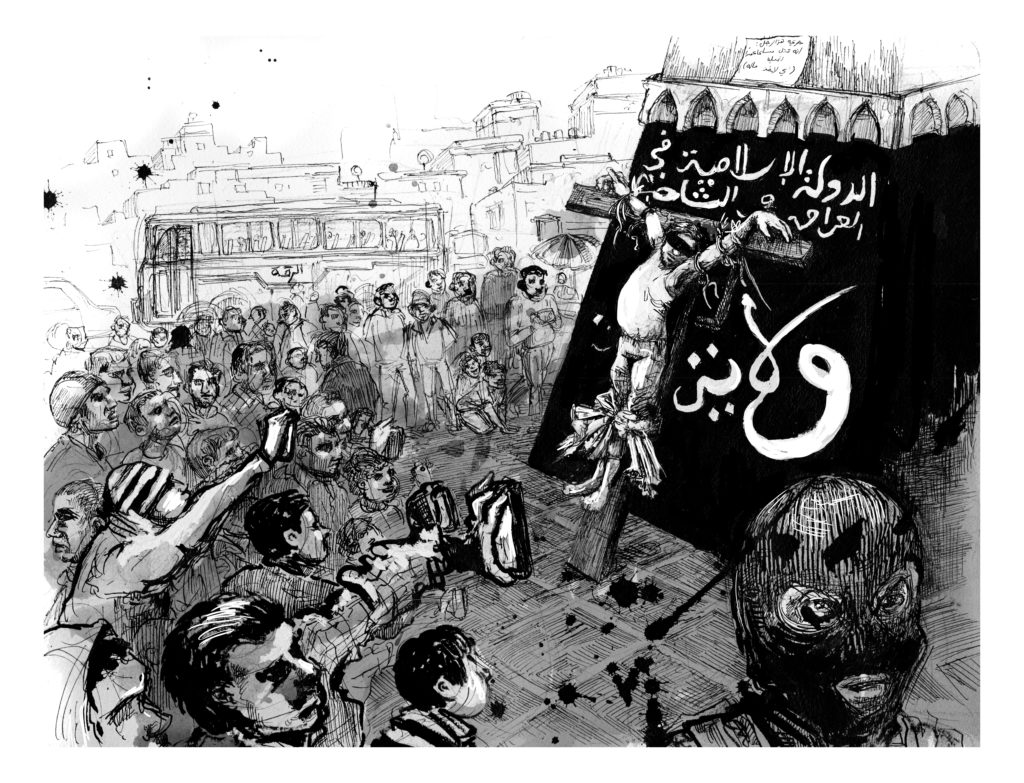 Have you gotten your copy of Brothers of the Gun yet? It’s available on Amazon in hardcover and for Kindle!