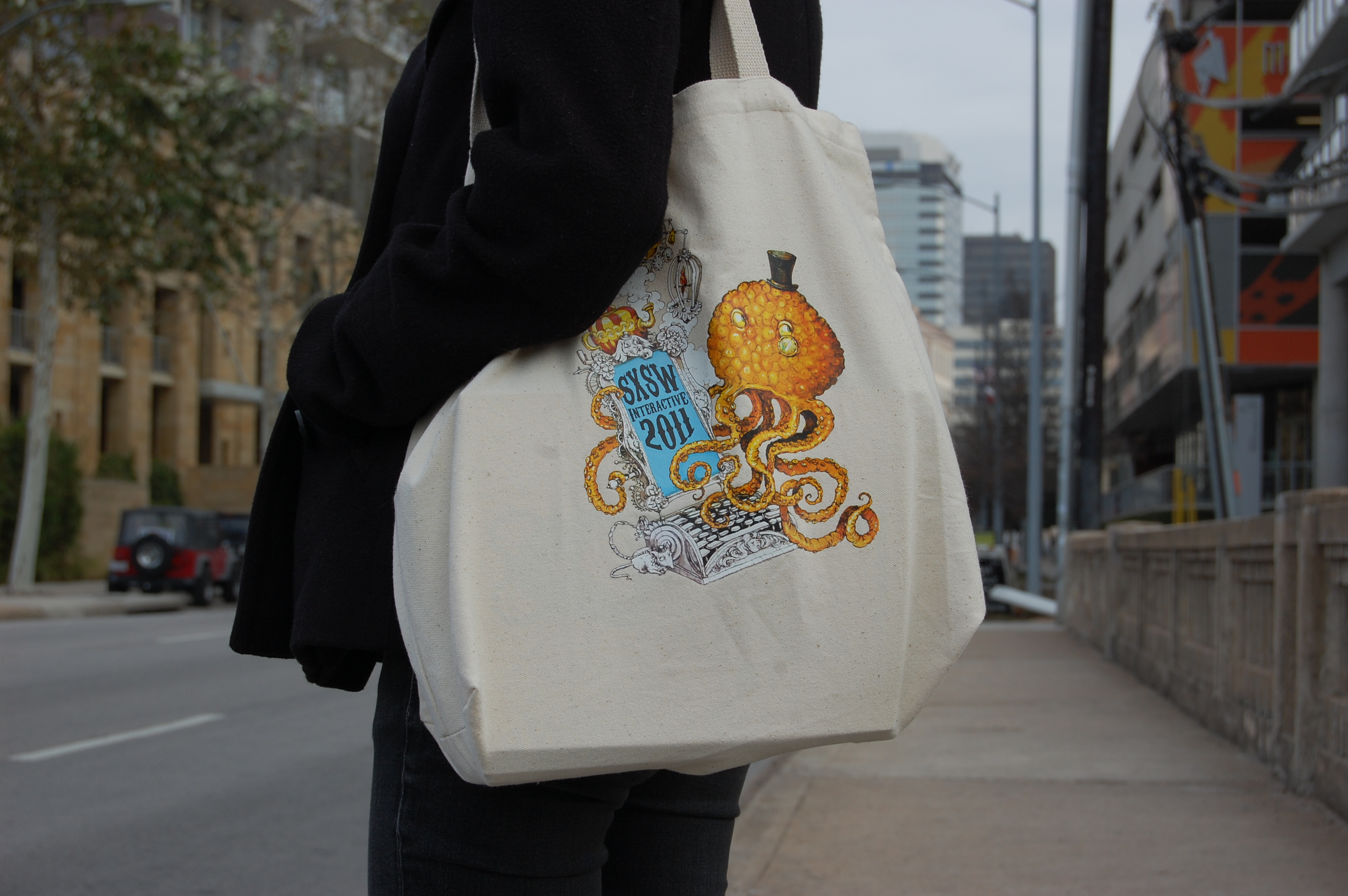 God, what an amazing, sun filled, barbecue stuffed three days in Austin. SXSW, I love you, and I only regret leaving you so soon.

Btw, seeing one’s crazed octopus illustration on the arms of fifty thousand people is quite a trip

Some press:
* The Atlantic

Still, for all the possibilities for innovation, social media clearly has a dark side. Molly Crabapple, a New York-based illustrator and founder of the alt-art social drawing gathering Dr. Sketchy’s, said she sometimes fears a future where no one has jobs, and work is a series of games and challenges. You wouldn’t work at Wal-Mart, she told the audience, you’d be part of the Wal-Mart Challenge! “And the prize,” Crabapple said, “would be what used to be called your salary.”

Now several thousand tech mavens are carrying her image of a top-hatted octopus working a steam-powered computer. Molly said, “I thought it would be a fun play on this super-techy convention to see this Luddite, low-tech version of the computer.”