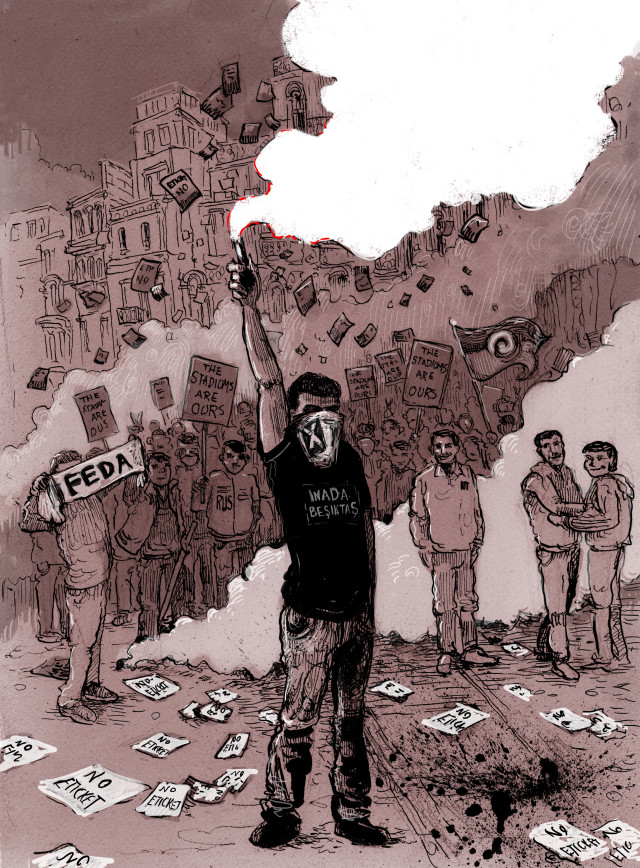 On April 18th, I interviewed a Syrian refugee in Istanbul. One year short of getting an advanced degree when arrest attempts forced him to flee Aleppo, the refugee spoke English with a measured intensity. Turkey had opened its borders, he said. Though he is atheist, Turks treated him like a brother, based on what they assumed was a shared Muslim identity. “We believe that if the [Turkish] opposition wins an election they’ll throw us into the sea.” the refugee told me. “The AKP is authoritarian. They should lose. But it’s in my personal interest that they win.” Understandably, the refugee asked me not to reveal his name. In February, Turkey deported an Azerbaijani journalist in revenge for his criticizing the government.

Earlier this month, Molly Crabapple flew to Istanbul to interview a variety of activists, journalists, dissidents and footbal fans to report on the post-Gezi culture of street protest before today’s planned May Day protests. The article is a long form report, including several illustrations from her travels.