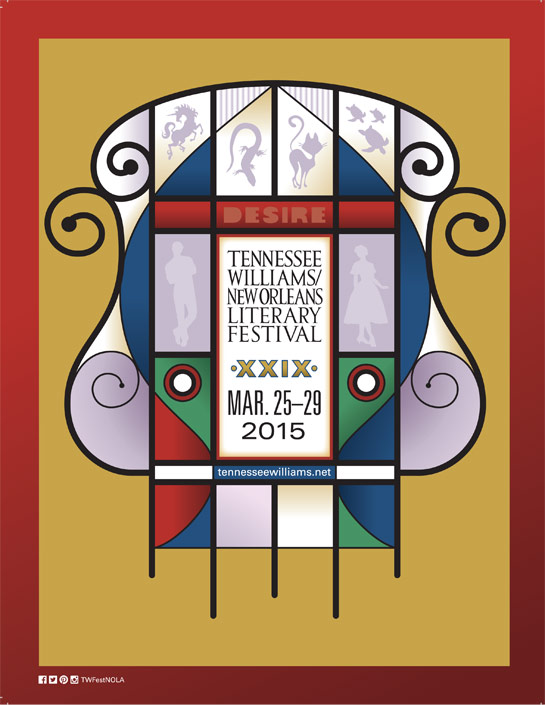 Molly will be speaking at The Tennessee Williams/New Orleans Literary Festival on March 28, 2015. Click here for all the deets and to purchase tickets.

CRAFTING MEMOIR: OURSELVES AND OTHERS
Memoir=You writing about you. But you are not a deserted island. How do memoirists portray themselves in the context of significant and non-significant others? Outside the personal sphere, a writer’s own perspective is set against larger realities—race, gender, sexuality, and nationality. How important is the recognition of the writer’s point of view—and position in the world—in memoir? Can a reconciliation between the You and the many Others happen on the pages of a memoir? Or are memoirs just fine as single and singular stories? Writers on this panel have taken on love, race, and activism in their works. They’ll be considering these questions and more in this panel. Bring your own for the Q&A.

THE TRANSNATIONALISTS: AMERICAN WRITERS ON BORDER CROSSINGS
The U.S. literary landscape has always been a transnational space—America goes on excursion into the world and the world comes in—as seen in works of authors from Faulkner on to the many multiply-hyphenated, diasporic writers. In this panel of consummate border crossers, authors will discuss what it means to be an American writer in the world today, at home and abroad. Phil Klay, an Iraq veteran and author, Molly Crabapple, an activist, writer, and artist, and Laila Lalami, a Moroccan-American novelist and linguist, will discuss point of view, writing from within (and about) the U.S. borders and looking inward from abroad.