I had never been to a political convention. I don’t cover electoral politics, but when The Daily Beast offered me the chance to cover the most hyped presidential nomination since Hubert Humphrey’s kicked off the Siege of Chicago, I grabbed my sketchbook and went. This was history, I thought. A neon-skinned huckster was going to crown himself as king. 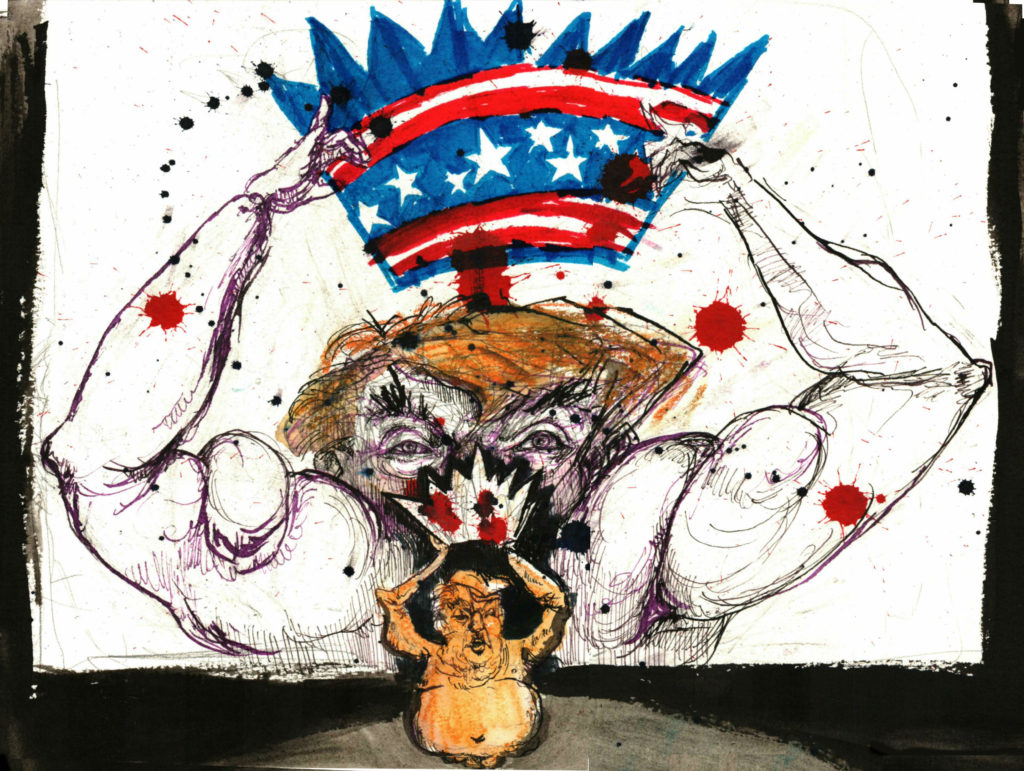 This past week Molly was in attendance at the 2016 Republican National Convention in Cleveland, Ohio.  It was a fascinating, history-in-the-making, deeply disturbing, snafu of epic proportions. In words and drawings Molly has created a summary of the experience for the Daily Beast  http://www.thedailybeast.com/articles/2016/07/24/good-mourning-america-the-republican-national-convention-illustrated.html

Due to many requests we’ve made two paintings from the convention available as prints in the shop. The above ‘Trump Coronation‘ and the following, ‘Trump Pageantry‘. are available as giclee 17″x22″ archival prints in limited edition runs of 25 each. 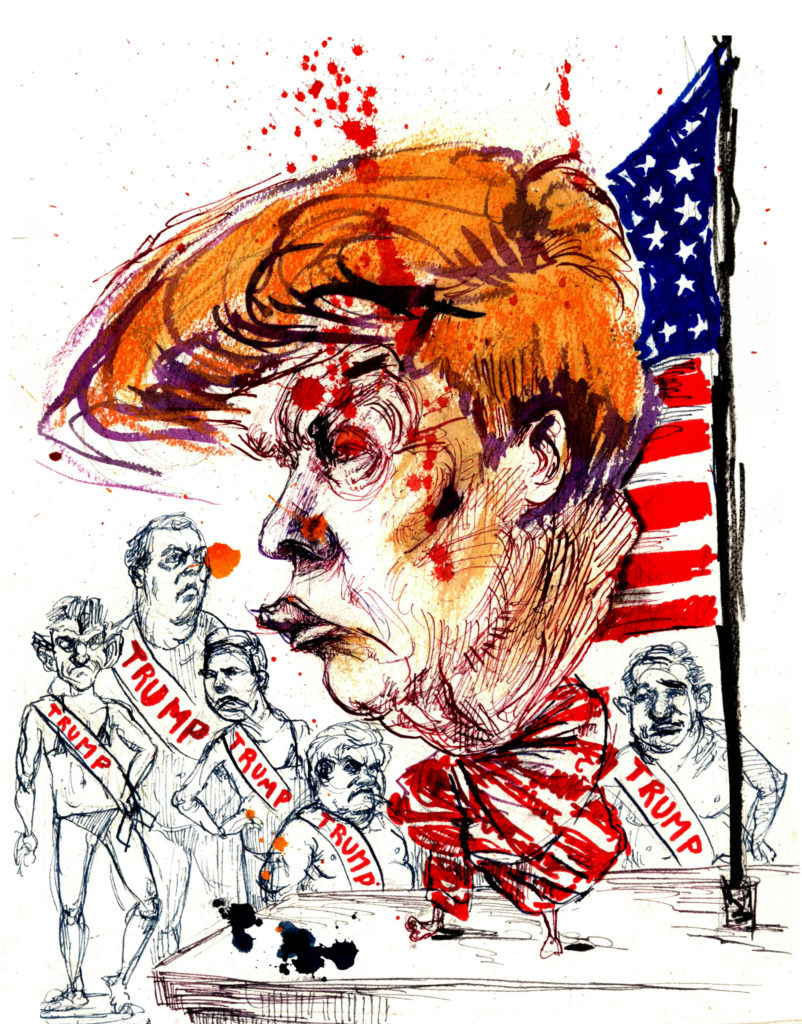 In case you missed it, before the RNC Molly wrote a prescient piece for The Village Voice detailing the events that would unfold.

Donald J. Trump ascends to the stage wearing a codpiece fashioned from the severed head of Ronald Reagan, the eyes replaced by diamonds and the skin spray-tanned to match Trump’s own. His robe is gilt, lined with more gilt. Marco Rubio holds the train in his teeth.

“Isn’t he fabulous?” Trump laughs, patting the codpiece with one petite hand. At his touch, the diamonds turn into snakes. “You’ll all have one of these, once I make America great again.”

Check out the rest: http://www.villagevoice.com/news/heres-donny-dystrumpia-takes-hold-at-the-republican-national-convention-8850118

and finally, yes, ladies and gentlemen:  there was in fact a giant golden trump bobble head statue. 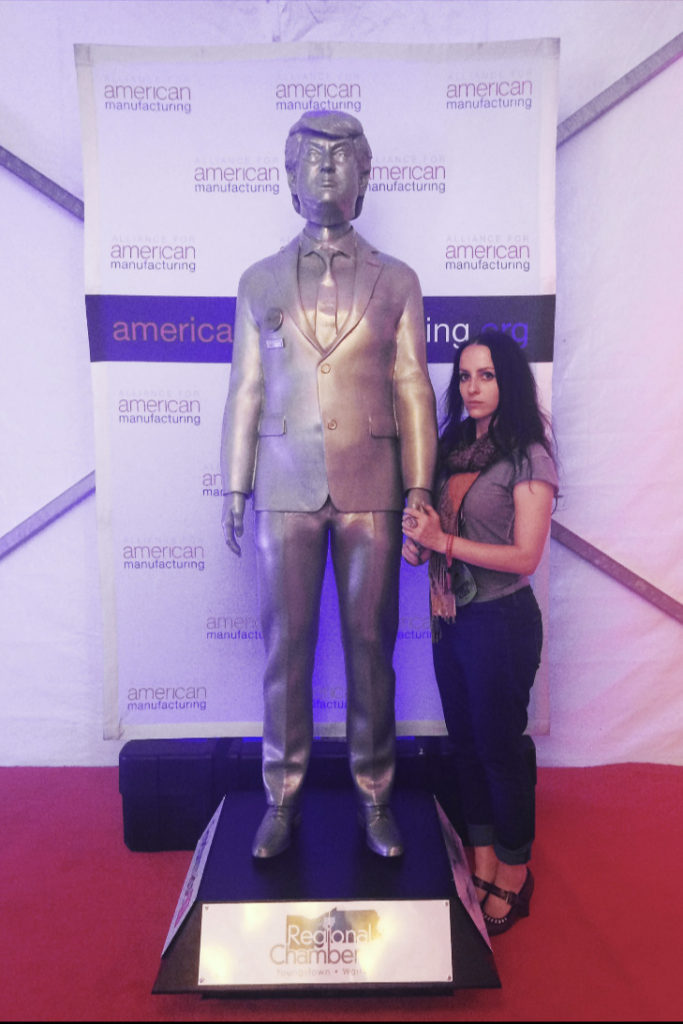