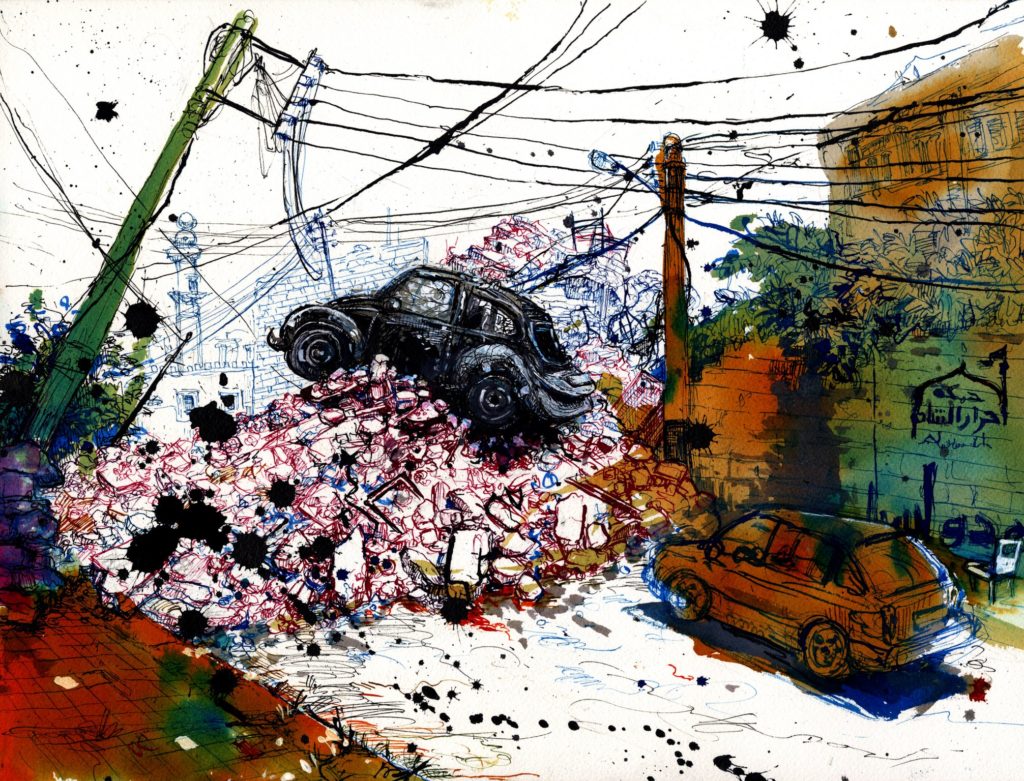 “The Syrian air force has a habit of following their first barrel bomb with a second. People say this is to kill first responders. (The government still denies that it uses barrel bombs.)
Despite this, the crowd did not run away. They dug in the rubble with their bare hands—old men, Civil Defense volunteers, and militants alike—all except the media activists shooting video. When they found a victim, they gathered to help snatch them out, screaming “Allahu Akbar” as they did. Once they laid the victim in an ambulance, they began to dig again.”

“Scenes from Inside Aleppo: How Life Has Been Transformed by Rebel Rule” – written by Marwan Hisham, illustrated by Molly Crabapple. Vanity Fair