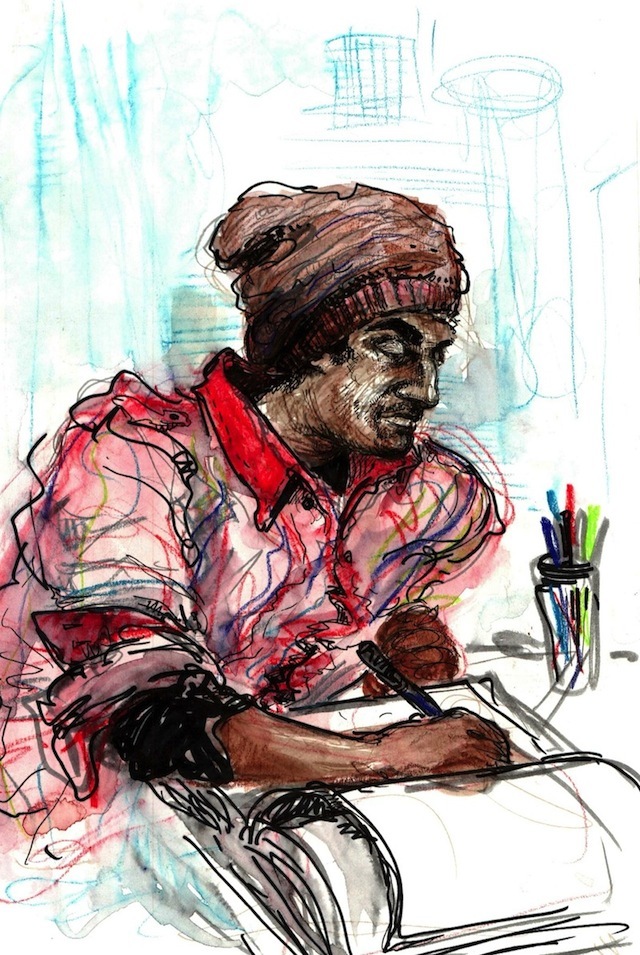 “In America, where the fetish for foreign dissidents runs deep, Ganzeer could have dined out for years on his revolutionary cred, making do-gooders feel brave by proxy just for buying his paintings. But it was a role he rejected as Orientalism; he was sick of how the Western press reduced him to nothing but an avatar for the Egyptian Revolution and ignored his critique of their own countries.

“When you see injustice somewhere you want to call bullshit on it,” he told me. “There’s just so much injustice in the United States.”

“The Revolutionary, No Bullshit Art of Ganzeer”- Molly Crabapple. VICE