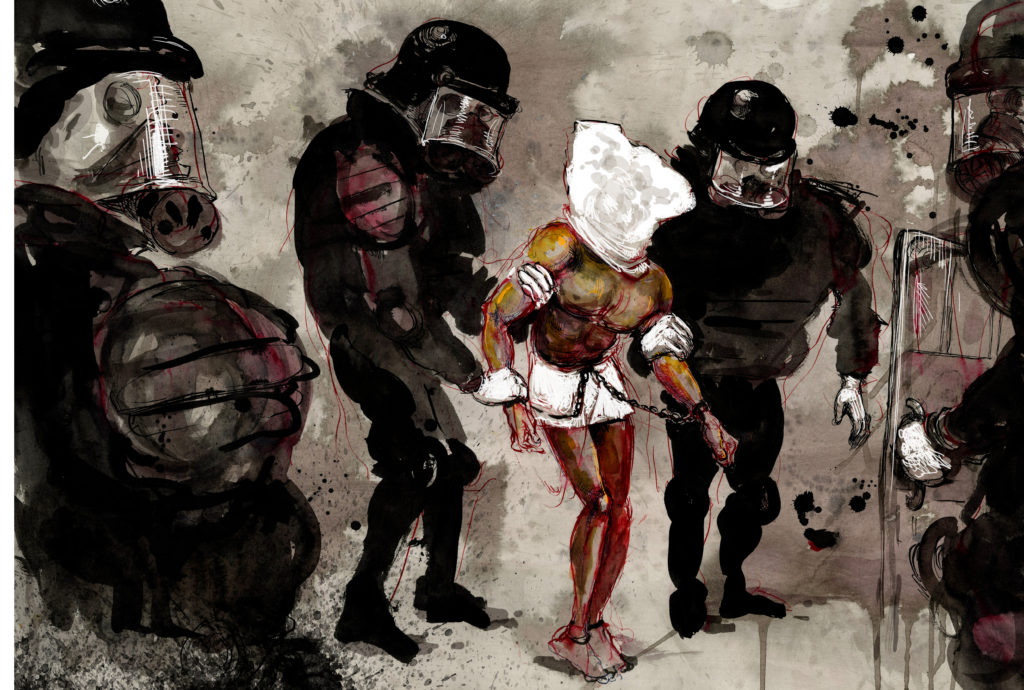 “On April 28, 2010, in the Restricted Housing Unit of Pennsylvania’s State Correctional Institution at Dallas, Carrington Keys heard his friend Isaac Sanchez scream. Like Sanchez, Keys had spent years locked in the “hole.” It had been years since he’d hugged his mom. Years confined to a filthy box, drinking rust-brown water, enduring beatings by guards. Years beneath a fluorescent light that never went off, freezing in winter, smothering in summer’s heat, the sole window to a bare hallway covered with Plexiglas. Years in which each day dragged the same as the last, their monotony punctuated only by explosions of violence.”

–Molly Crabapple, What Happens When Inmates in Solitary Confinement Blow the Whistle on Their Abuse? October 5, 2015