In the wake of the Trump catastrophic rise to power we’ve struggled to develop the best strategies of long-term resistance. Molly has participated in protests all around NYC and has made stunning protest posters available for anyone who wants to download and print them for protest or educational purposes. She has taken to twitter, providing biting commentary and call-outs to some of the most egregious ‘alt-right’ tweets.

Yet, while we whole-heartedly support direct vocal opposition to the rising fascist regime, we understand that probably the most effective tactic we can employ is to support the non-profit organizations that have been pursuing our shared ideals of community, fairness, and inclusion since long before the current political snafu manifested.

In the last two months Molly has created a series of t-shirts and prints for which all or most proceeds are dedicated to a selection of different charities whose work we deeply respect and admire.

All proceeds from the Fight Fascism Shirts are dedicated to Make the Road.

The Center for Constitutional Rights is dedicated to advancing and protecting the rights guaranteed by the United States Constitution and the Universal Declaration of Human Rights. CCR is committed to the creative use of law as a positive force for social change. We do that by combining cutting-edge litigation, advocacy and strategic communications in work on a broad range of civil and human rights issues (listed on their website).

All proceeds from the Soulless Golem shirts are dedicated to the CCR.

Black & Pink is an open family of LGBTQ prisoners and “free world” allies who support each other. Our work toward the abolition of the prison industrial complex is rooted in the experience of currently and formerly incarcerated people. We are outraged by the specific violence of the prison industrial complex against LGBTQ people, and respond through advocacy, education, direct service, and organizing.

A portion of each sale of the James Baldwin print goes to Black and Pink. 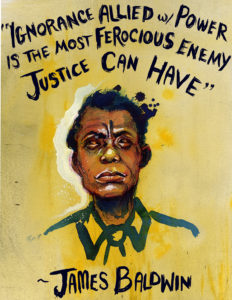 PEN America is a member of PEN International. This worldwide association of writers was founded in 1921 to promote friendship and intellectual cooperation among writers everywhere; to emphasize the role of literature in the development of mutual understanding and world culture; to fight for freedom of expression; and to act as a powerful voice on behalf of writers harassed, imprisoned, and sometimes killed for their views.

PEN International is a non-political, a non-governmental organization in formal consultative relations with UNESCO and Special Consultative Status with the Economic and Social Council of the United Nations.

A portion of each sale of the Audre Lorde print goes to Pen America. 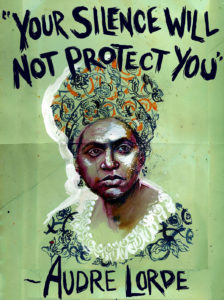 The Authors series of posters was originally made in collaboration with PEN for a demonstration in front of the New York Public Library. Molly has since made all the hi-res copies of the posters free to download for any protest or educational purpose. The full series is visible here. 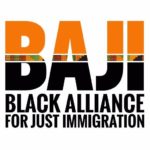 BAJI educates and engages African American and black immigrant communities to organize and advocate for racial, social and economic justice.  At the local and regional level, BAJI provides training and technical assistance to partner organizations to develop leadership skills, works with faith communities to harness their prophetic voice, and initiates vibrant dialogues with African Americans and black immigrants to discover more about race, our diverse identities, racism, migration and globalization. BAJI’s flagship project is the Black Immigration Network (BIN), a national alliance that brings together black-led organizations and programs to advance just immigration policies and promote cultural shifts our communities need.

A portion of each sale of Make America Squamous Again goes to BAJI. 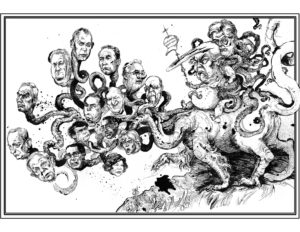 City Plaza is a refugee accommodation and solidarity space in the heart of Athens, Greece. Following the closure of the borders when the EU trapped almost 65,000 refugees in Greece, the Greek government created more than 49 detention centres and camps. City Plaza offers a safe and dignified alternative to these places where the conditions are wretched, unclean and inhumane. On the 22nd of April 2016 refugees, volunteers and solidarity activists occupied City Plaza Hotel which had been closed for 8 years. 126 rooms on 7 floors. A reception, bar, dining room, kitchen, storage, play ground, health care centre, roof terrace, classroom and library.

All proceeds from sales of the Punch Nazis shirts go to City Plaza. 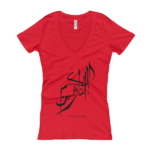 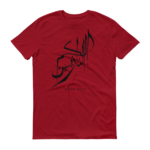